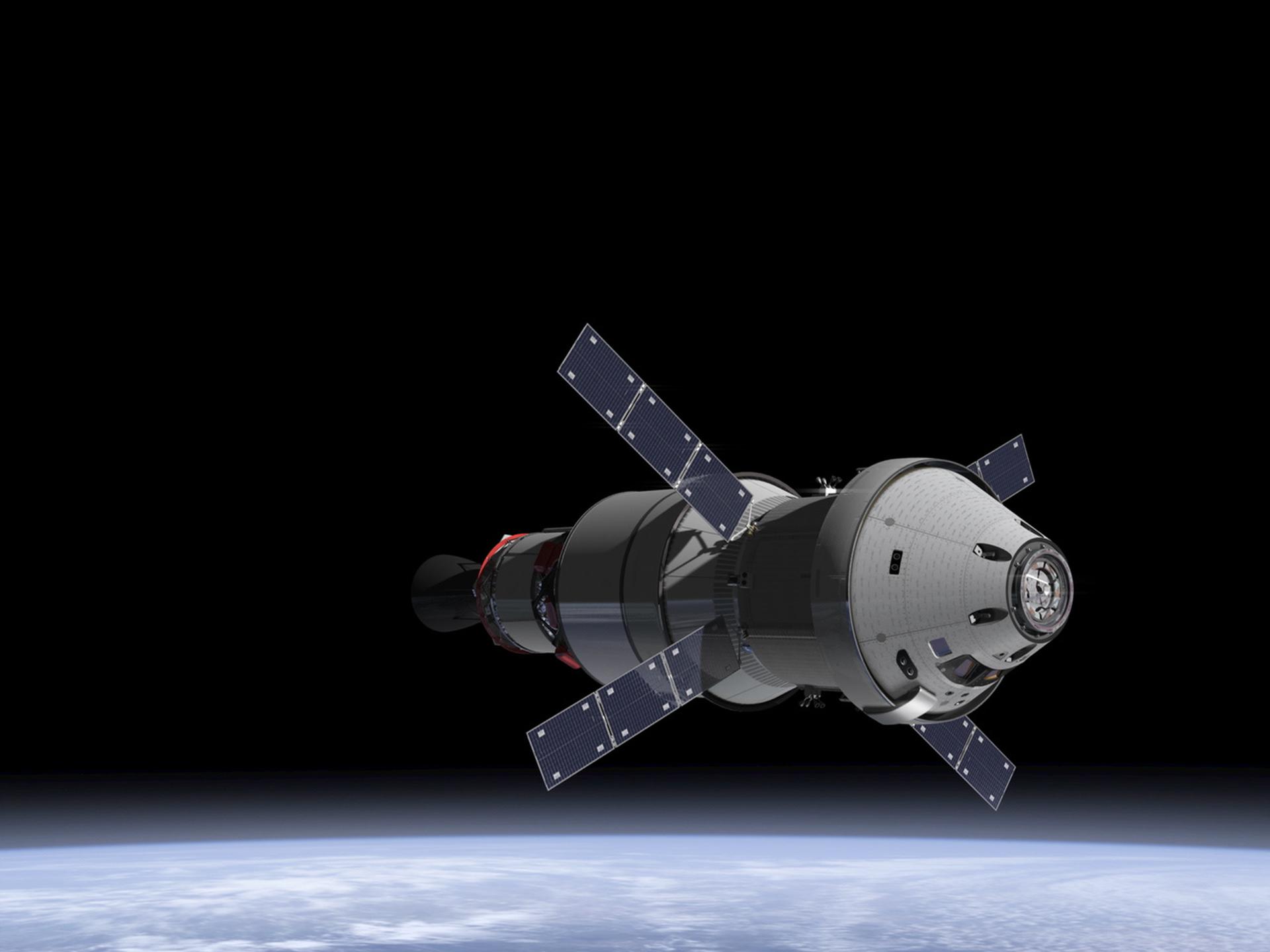 The Orion MPCV takes basic design elements from the Apollo Command Module that took astronauts to the moon, but its technology and capability are more advanced. It is designed to support long-duration deep space missions, with up to 21 days active crew time plus 6 months quiescent. During the quiescent period crew life support would be provided by another module such as a Deep Space Habitat. The spacecraft's life support, propulsion, thermal protection and avionics systems are designed to be upgradeable as new technologies become available. nn The MPCV spacecraft includes both crew and service modules, and a spacecraft adaptor. The MPCV's crew module is larger than Apollo's and can support more crew members for short or long-duration missions. The service module fuels and propels the spacecraft as well as storing oxygen and water for astronauts. The service module's structure is also being designed to provide locations to mount scientific experiments and cargo.

The Orion Multi-Purpose Crew Vehicle (Orion MPCV) is an American spacecraft intended to carry a crew of four astronauts to destinations at or beyond low Earth orbit (LEO). Currently under development by NASA for launch on the Space Launch System, Orion is intended to facilitate human exploration of asteroids and of Mars, as well as to provide a means of delivering or retrieving crew or supplies from the ISS if needed.