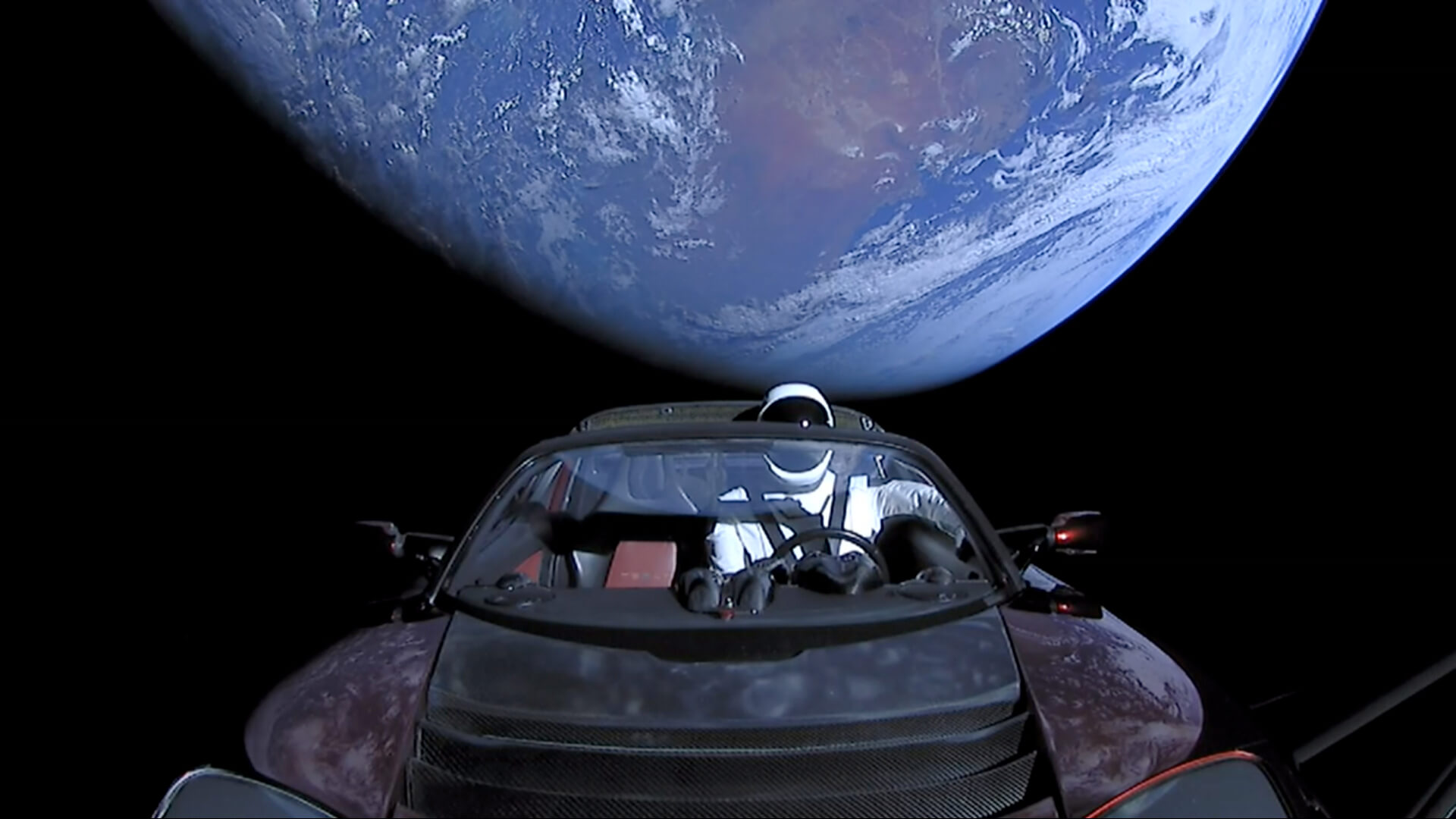 A car in space.

It is now on an heliocentric orbit with no planned return to Earth.

The car, mounted on the rocket's second stage, acquired enough velocity to escape Earth's gravity and enter an elliptical heliocentric orbit crossing the orbit of Mars. The orbit reaches a maximum distance from the Sun at aphelion of 1.66 astronomical units (au). During the early portion of the voyage outside the Earth's atmosphere, live video was transmitted back to the mission control center and live-streamed for slightly over four hours.

Elon Musk's Tesla Roadster is an electric sports car that served as the dummy payload for the February 2018 Falcon Heavy test flight and became an artificial satellite of the Sun. "Starman", a mannequin dressed in a spacesuit, occupies the driver's seat. The car and rocket are products of Tesla and SpaceX, respectively, both companies founded by Elon Musk. The 2008-model Roadster was previously used by Musk for commuting to work, and is the only production car in space.

Space Exploration Technologies Corp., known as SpaceX, is an American aerospace manufacturer and space transport services company headquartered in Hawthorne, California. It was founded in 2002 by entrepreneur Elon Musk with the goal of reducing space transportation costs and enabling the colonization of Mars. SpaceX has many pads, on the East Coast of the US they own SLC-40 at Cape Canaveral and LC-39A at the Kennedy Space Center for their lower inclination launches. They also own SLC-4E at Vandenberg, California for their high inclination launches. Another site is also being developed at Boca Chica, Texas.