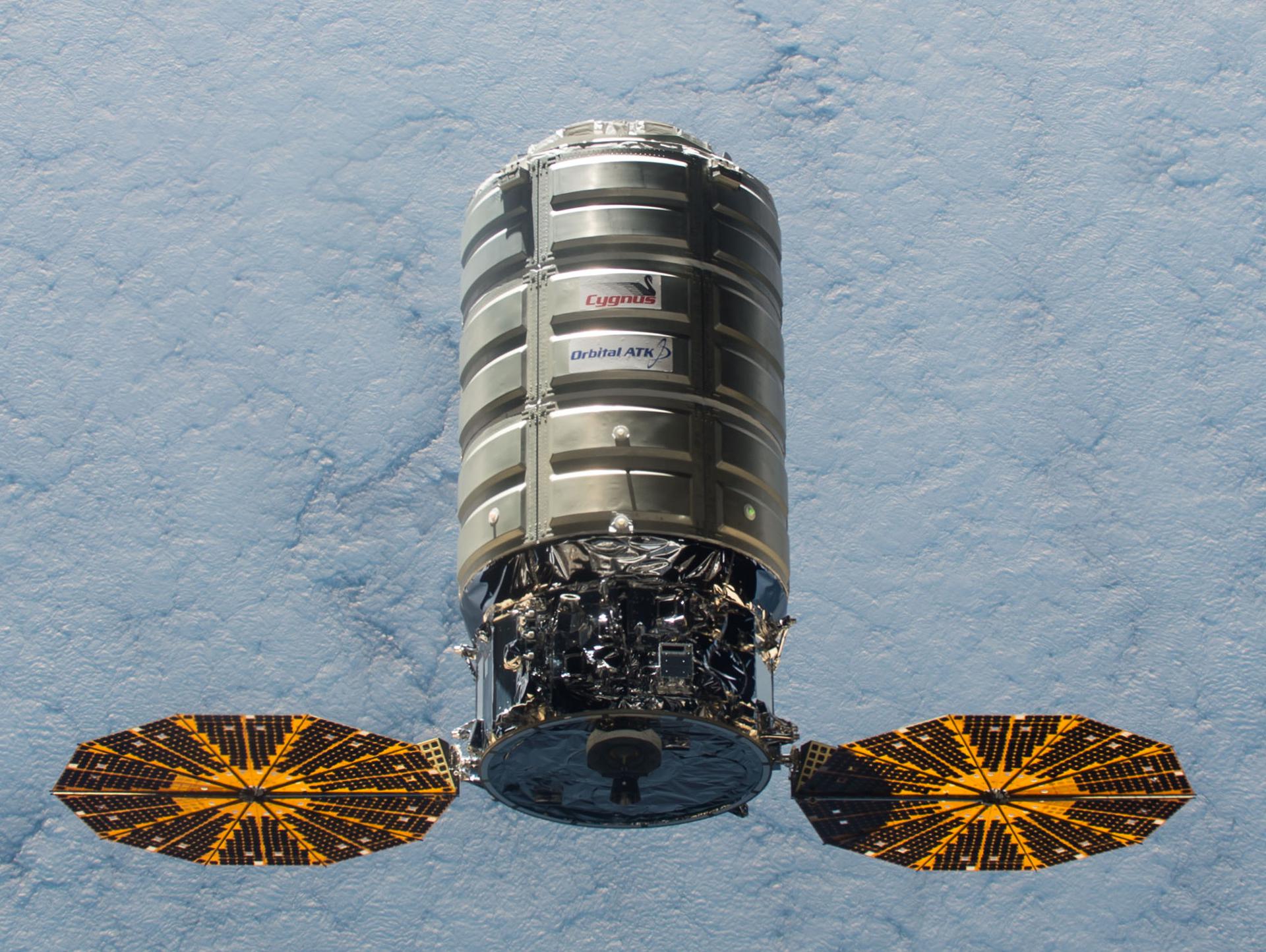 The Cygnus spacecraft is launched aboard Antares or the Atlas V to deliver cargo to the ISS under NASAs CRS contracts. It has no heatshield so at the end of its mission its used to dispose of waste by burning up in the Earths atmosphere.

Cygnus is a spacecraft developed originally by Orbital ATK and then aquired by Northrup Grumman after an aquisition. It is used to transport cargo to the ISS. The first operational mission of Cygnus to the ISS was in September 2013. One flight on 28 October 2014 ended in a failure when the Antares launch vehicle, used to launch the Cygnus, exploded shortly after launch. This set back the Cygnus launch schedule over a year. Following the launch anomaly a new version known as 'Cygnus Enhanced' was flown. This extended the Cygnus length and allowed it to carry an extra 700kg to the ISS.

Northrup Grumman Space Systems designs, builds and delivers space, defence and aviation-related systems to customers around the world. They aquired Orbital ATK in 2018 along with its launchers and ongoing missions.