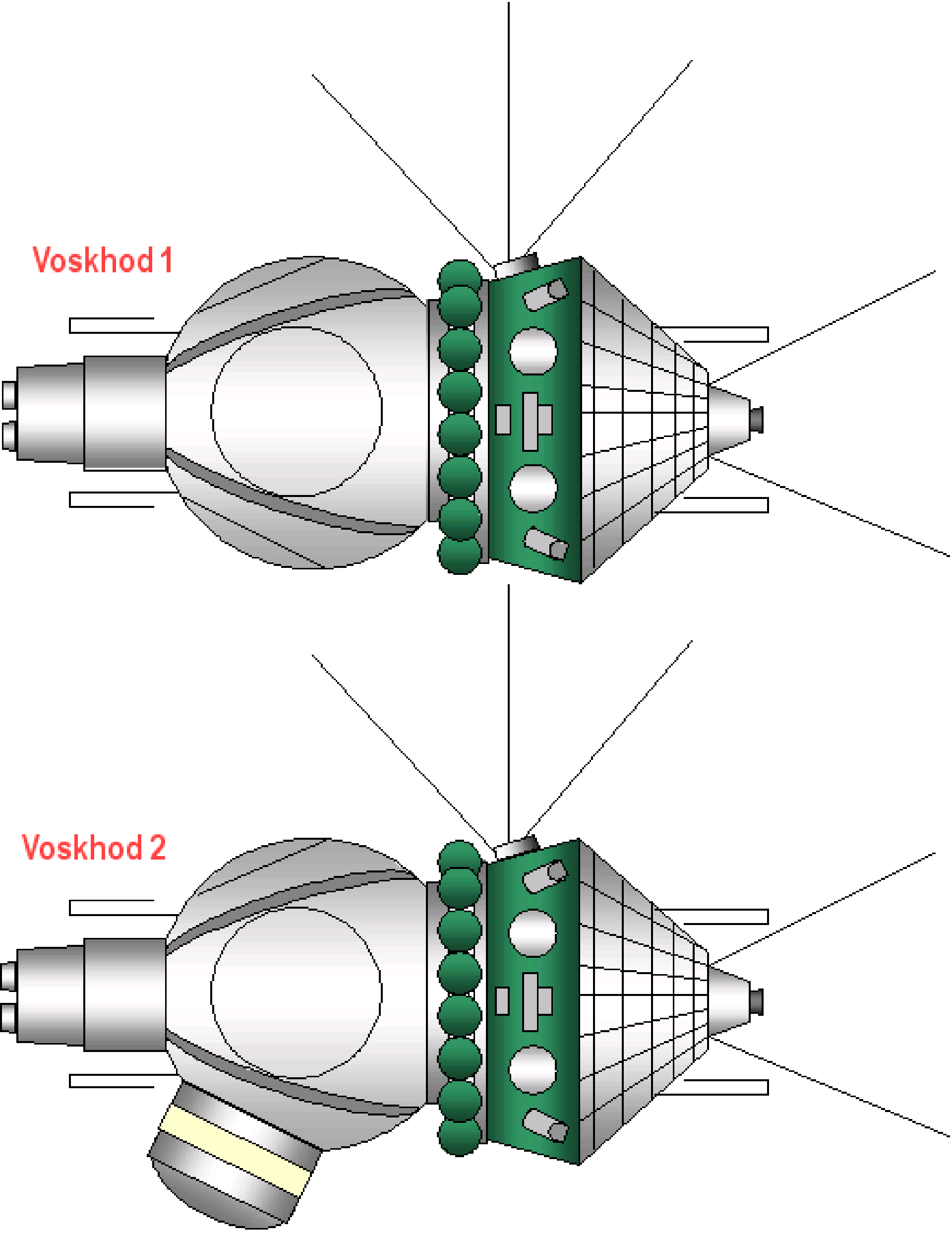 The Voskhod (Russian: Восход, "Sunrise") was a spacecraft built by the Soviet Union's space program for human spaceflight as part of the Voskhod programme. It was a development of and a follow-on to the Vostok spacecraft. Two variants were created, the Voskhod 3KV which held three cosmonauts, and the Voskhod 3KD which held two cosmonauts. Both variants had very similar specifications.