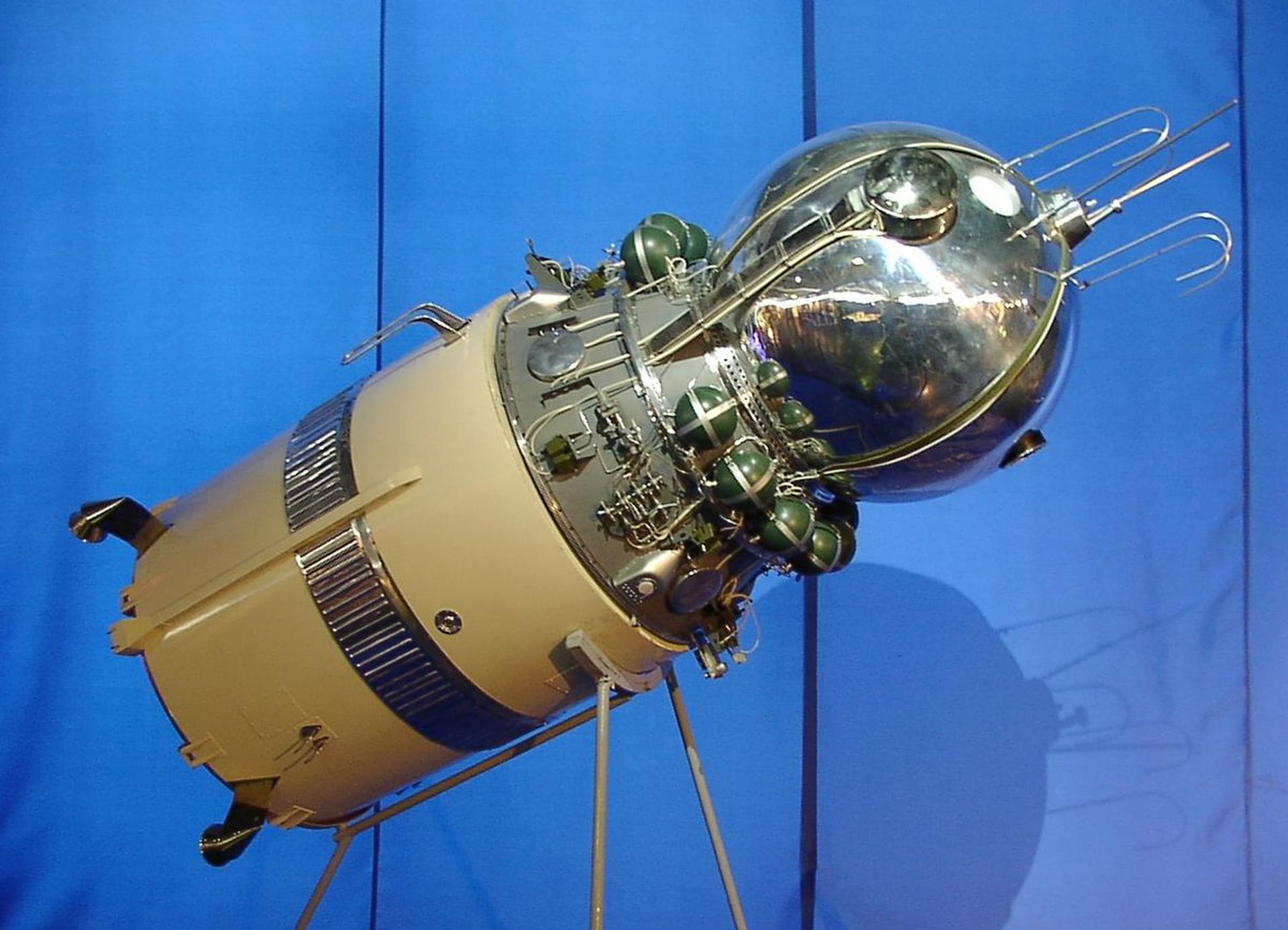 The Vostok-3KA consisted of a spherical descent module, which housed the cosmonaut, instruments and escape system, and a conical instrument module, which contained propellant and the engine system. On reentry, the cosmonaut would eject from the craft at about 7,000 m (23,000 ft) and descend via parachute, while the capsule would land separately. The reason for this was that the Vostok descent module made an extremely rough landing that could have left a cosmonaut seriously injured.

The Vostok (Russian: Восток, translated as "East") was a type of spacecraft built by the Soviet Union. The spacecraft was part of the Vostok programme, in which six manned spaceflights were made, from 1961–63.