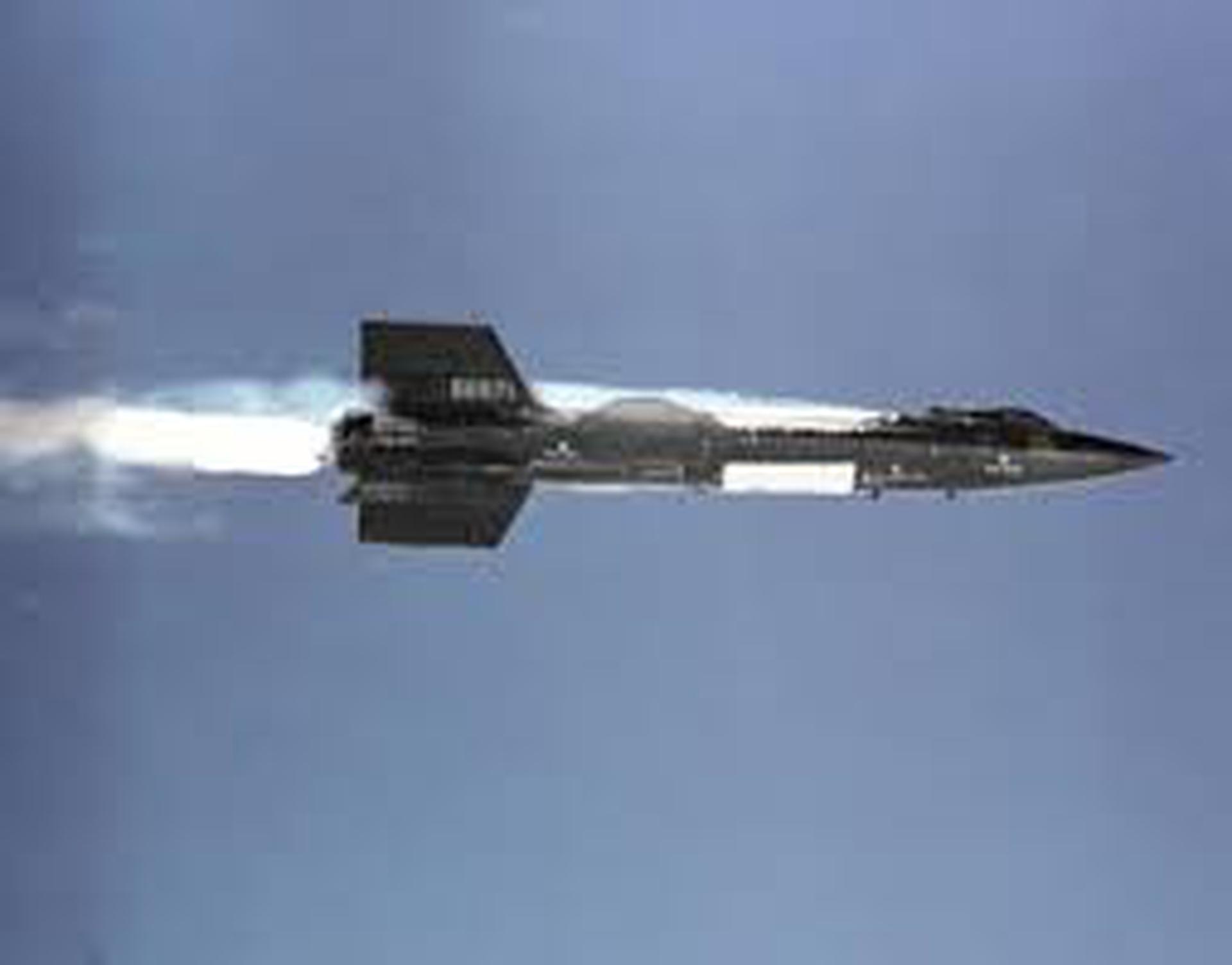 The North American X-15 was a hypersonic rocket-powered aircraft operated by the United States Air Force and the National Aeronautics and Space Administration. The X-15 reached altitudes of over 80km and speeds of over 6000 km/h. The X-15 had a wingspan of 6.8 meters, and length of 15.4

The North American X-15 currently holds the record for the highest speed in a manned, powered aircraft. The three variants of the X-15 flew nearly 200 times, with 13 of them going over 80km high.