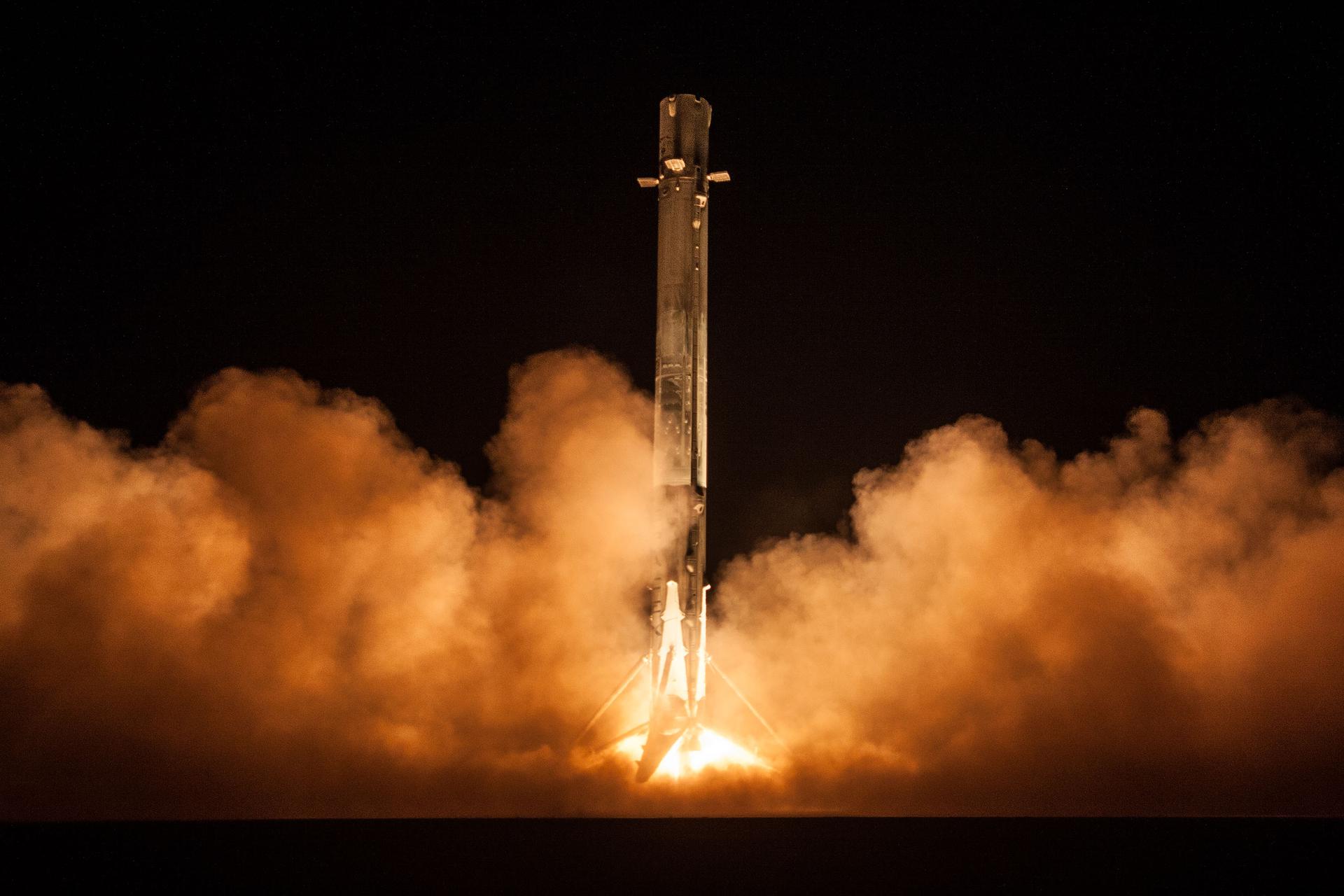 Landed after Zuma and was expended during Iridium 6.

SpaceXâ€™s Falcon 9 rocket will deliver 10 satellites to low Earth orbit for Iridium, a global leader in mobile voice and data satellite communications. This is the sixth set of 10 satellites in a series of 75 total satellites that SpaceX will launch for Iridiumâ€™s next generation global satellite constellation, IridiumÂ® NEXT. Sharing this launch is the Gravity Recovery and Climate Experiment Follow-on mission, which is a joint project of NASA and the German Research Centre for Geosciences. It's goal is to track Earth's water movement to monitor changes in underground water storage, the amount of water in large lakes and rivers, soil moisture, ice sheets and glaciers, and sea level caused by the addition of water to the ocean.

Unknown payload built by Northrop Grumman for an undisclosed customer, most likely a government organisation.