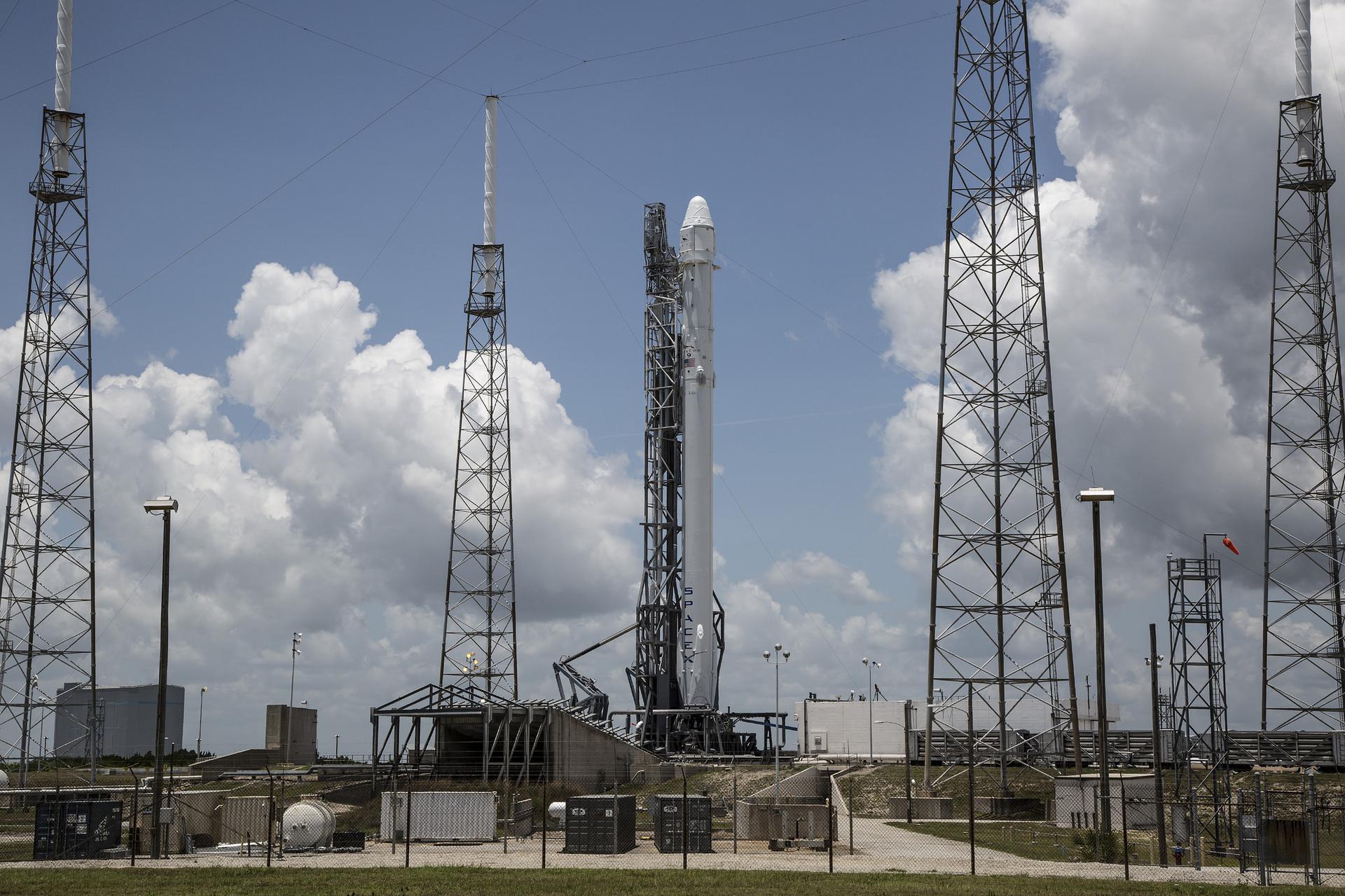 A SpaceX Falcon 9 rocket launched the ninth Dragon spacecraft on the seventh operational cargo delivery mission to the International Space Station as part of the NASA cargo resupply contract. It was meant to deliver the IDA-1 segment of the new ISS International Docking System. The second stage ruptured due to an overpressurization event and the launch vehicle disintegrated at T+139 seconds. According to SpaceX investigation, "Preliminary analysis suggests the overpressure event in the upper stage liquid oxygen tank was initiated by a flawed piece of support hardware (a â€œstrutâ€) inside the second stage."