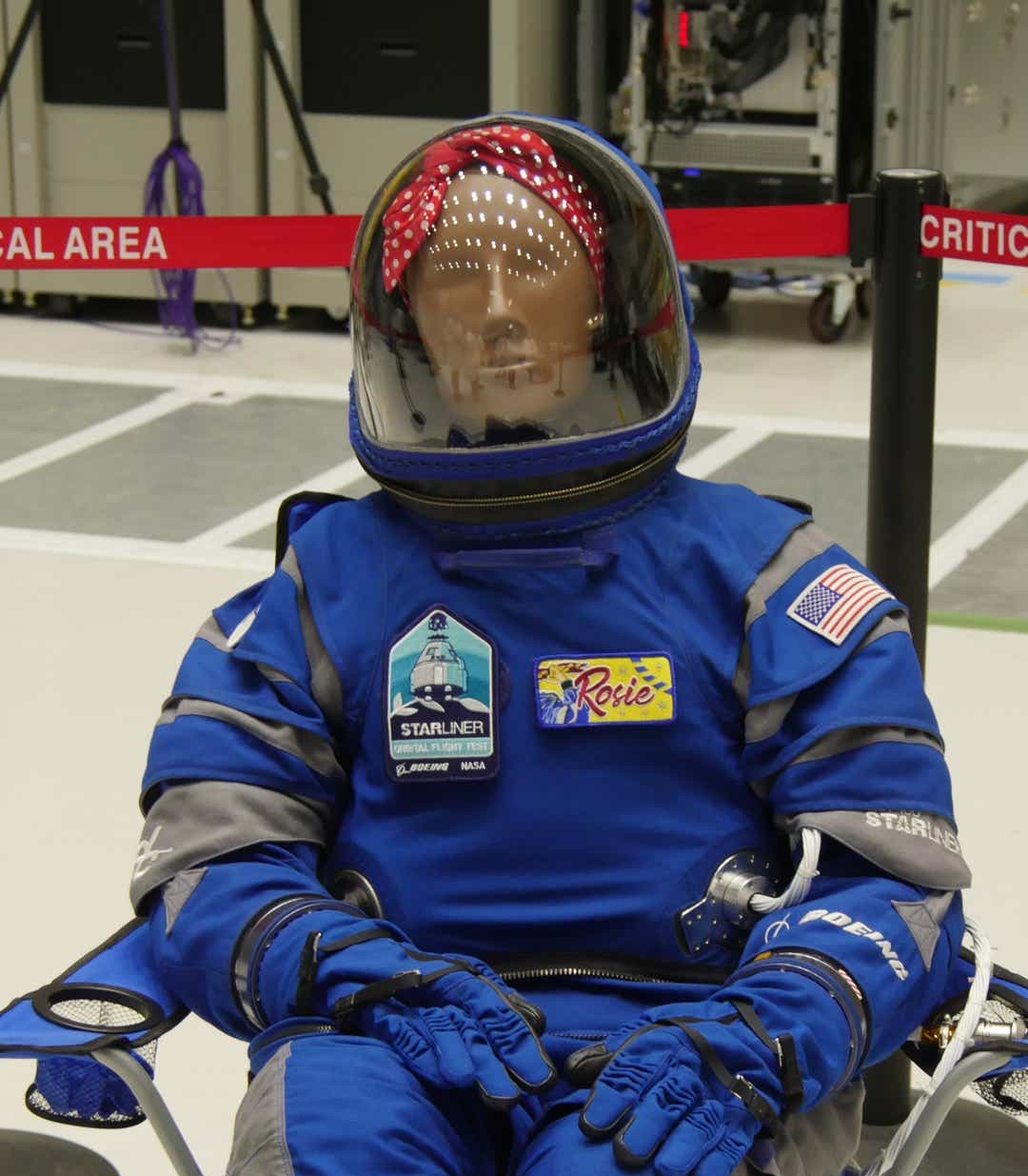 Date of Birth: None
Age: None

Rosie the Astronaut is an Anthropomorphic Test Device (ATD), named after the iconic WWII character, Rosie the Riveter. It will launch aboard the Boeing Starliner for its inaugural uncrewed flight to the International Space Station and back.