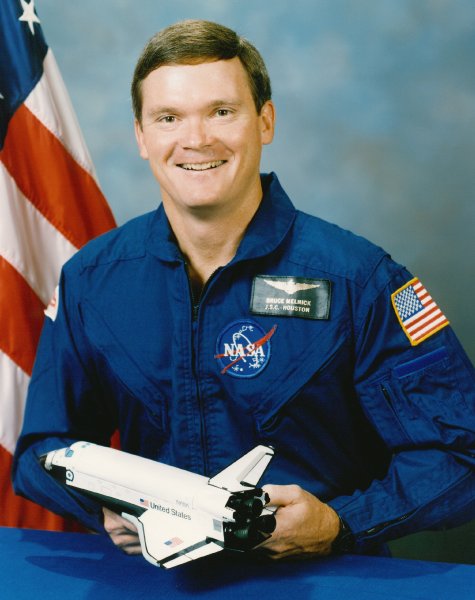 Bruce Edward Melnick is a former American astronaut and retired United States Coast Guard officer. Following retirement from NASA and the Coast Guard, he entered the aerospace industry. He served as a Vice President with the Boeing Co.'s Integrated Defense Systems group, in charge of Boeing's Florida operations at the John F. Kennedy Space Center (KSC). Melnick retired in 2008 and currently resides on Merritt Island, Florida.

STS-41 was the eleventh mission of the Space Shuttle Discovery. The four-day mission with a primary objective the launch the Ulysses probe as part of the International Solar Polar Mission.