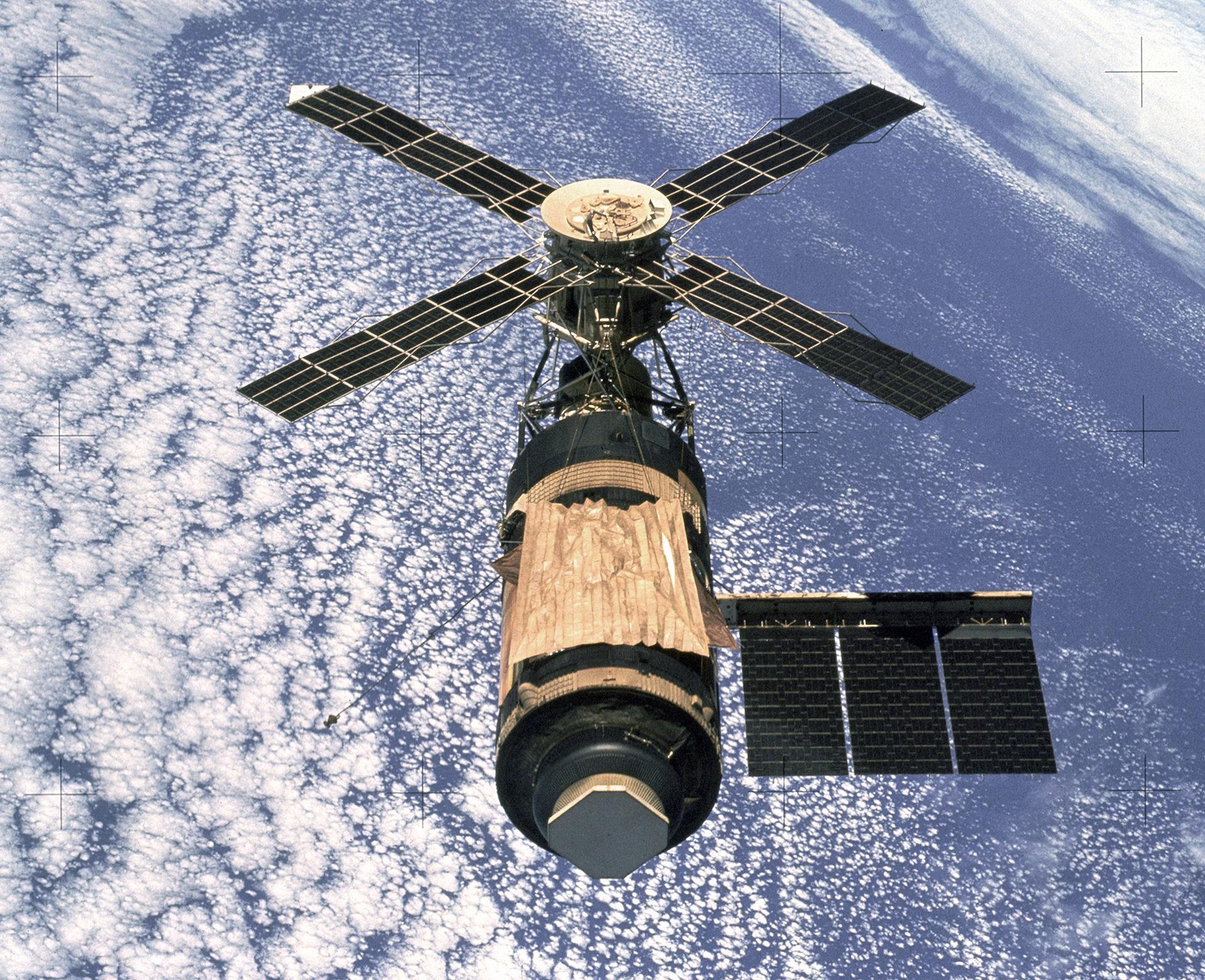 Skylab was a United States space station launched and operated by NASA, and occupied for about 24 weeks between May 1973 and February 1974 – the only space station the U.S. has operated exclusively. In 1979 it fell back to Earth amid huge worldwide media attention. Skylab included a workshop, a solar observatory, and other systems necessary for crew survival and scientific experiments. It was launched unmanned by a modified Saturn V rocket, with a weight of 170,000 pounds (77,000 kg). Lifting Skylab into low earth orbit was the final mission and launch of a Saturn V rocket (famous for carrying the manned Moon landing missions). Three missions delivered three-astronaut crews in the Apollo command and service module (Apollo CSM), launched by the smaller Saturn IB rocket. For the final two manned missions to Skylab, a backup Apollo CSM/Saturn IB was assembled and made ready in case an in-orbit rescue mission was needed, but this backup vehicle was never flown.