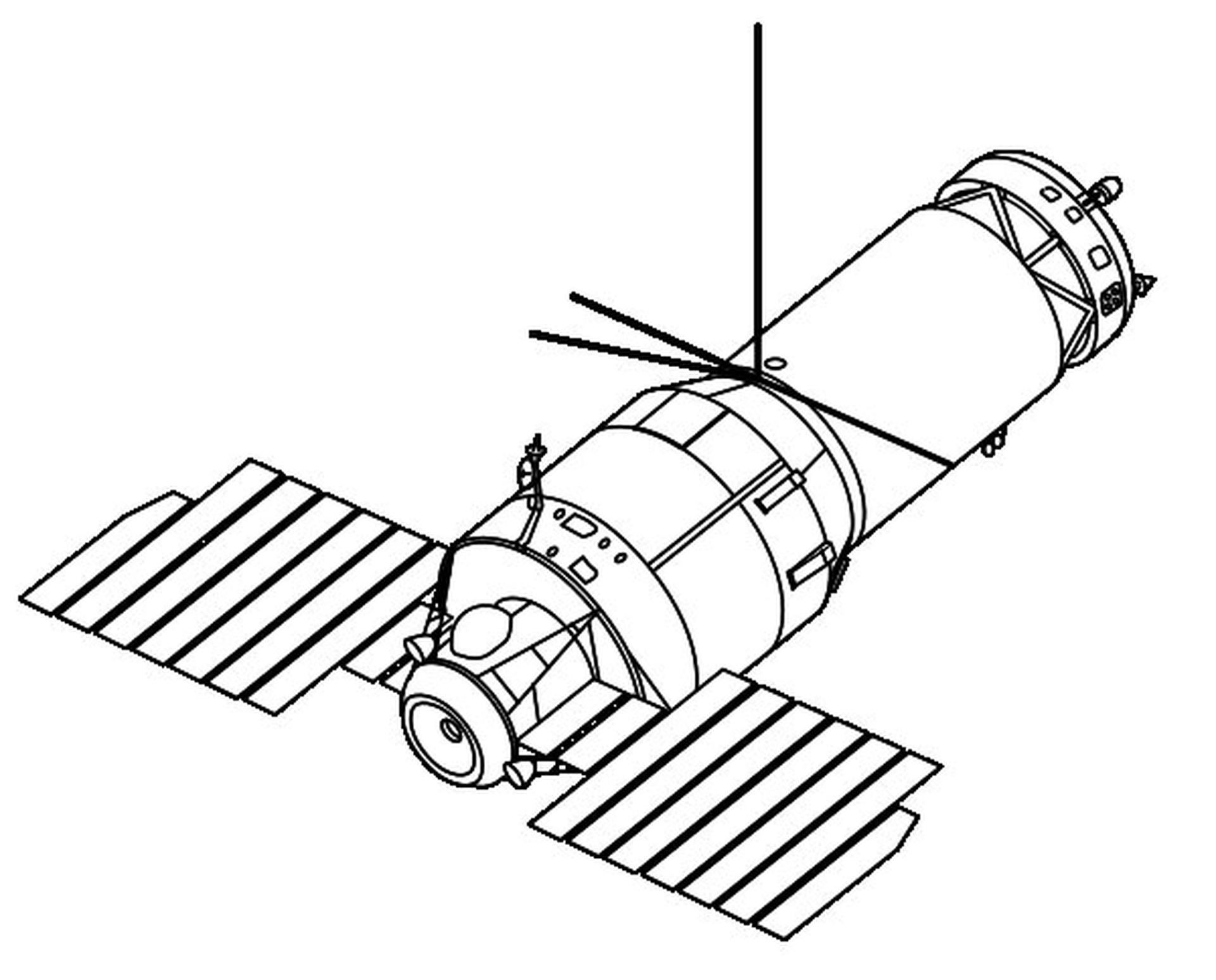 Salyut 2 (OPS-1) (Russian: Салют-2 meaning Salute 2) was a Soviet space station which was launched in 1973 as part of the Salyut programme. It was the first Almaz military space station to fly. Within two weeks of its launch, the station had lost attitude control and depressurised, leaving it unusable. Its orbit decayed and it re-entered the atmosphere on 28 May 1973, without any crews having visited it.