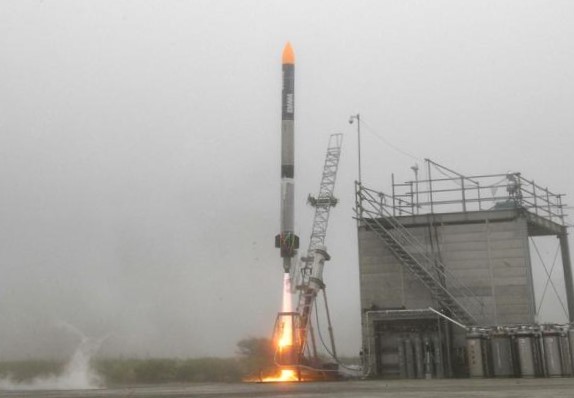 Momo is a Japanese sounding rocket capable of delivering 20 kg to a height of 100 km. It is privately developed by Interstellar Technologies Inc. (IST). The single stage Momo is powered by a pressure-fed engine fueled with ethanol and liquid oxygen. The engine is gimbaled for steering, with cold gas thrusters providing roll control. Momo v0 was replaced by v1 in 2021.

Interstellar Technologies, Inc. (Japanese: インターステラテクノロジズ（株） Hepburn: Intāsutera Tekunorojizu (kabu)) is a Japanese NewSpace company. It is a rocket spacelaunch company developing the MOMO launcher. Its stated goal is to reduce the cost of access to space. In 2017, it became the first Japanese company to launch a privately developed space rocket, though the launch was unsuccessful. The company plans to complete a rocket by 2020 that would be capable of launching small satellites into orbit.

The Momo-4 rocket will carry a research device developed by Kochi University of Technology and release a paper plane in space as part of an experiment proposed by Castem Co., a precision parts manufacturer based in Fukuyama, Hiroshima Prefecture, that provided some of the funding for the project.

Engine cut off after two seconds and the vehicle fell back to the pad and exploded.

First Test Flight of the MOMO suborbital rocket. Flight was terminated about 80 seconds after engine ignition.