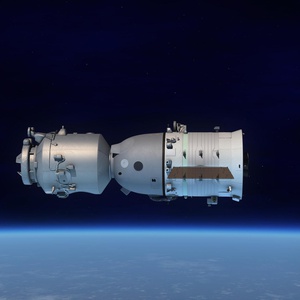 The first Shenzhou spacecraft was different from those later used. Instead of featuring unfolding solar panels, Shenzhou 1 was equipped with fixed solar cells. During this first flight there were also no orbit changes. According to Qi Faren the chief designer of the spacecraft, only 8 of the 13 sub-systems on board the spacecraft were operational. Shenzhou 1 was designed primarily to test the Long March 2F rocket. The only systems and capabilities tested on the spacecraft were the separation of the modules, attitude control, lifting body reentry, the heat shield, and ground recovery.