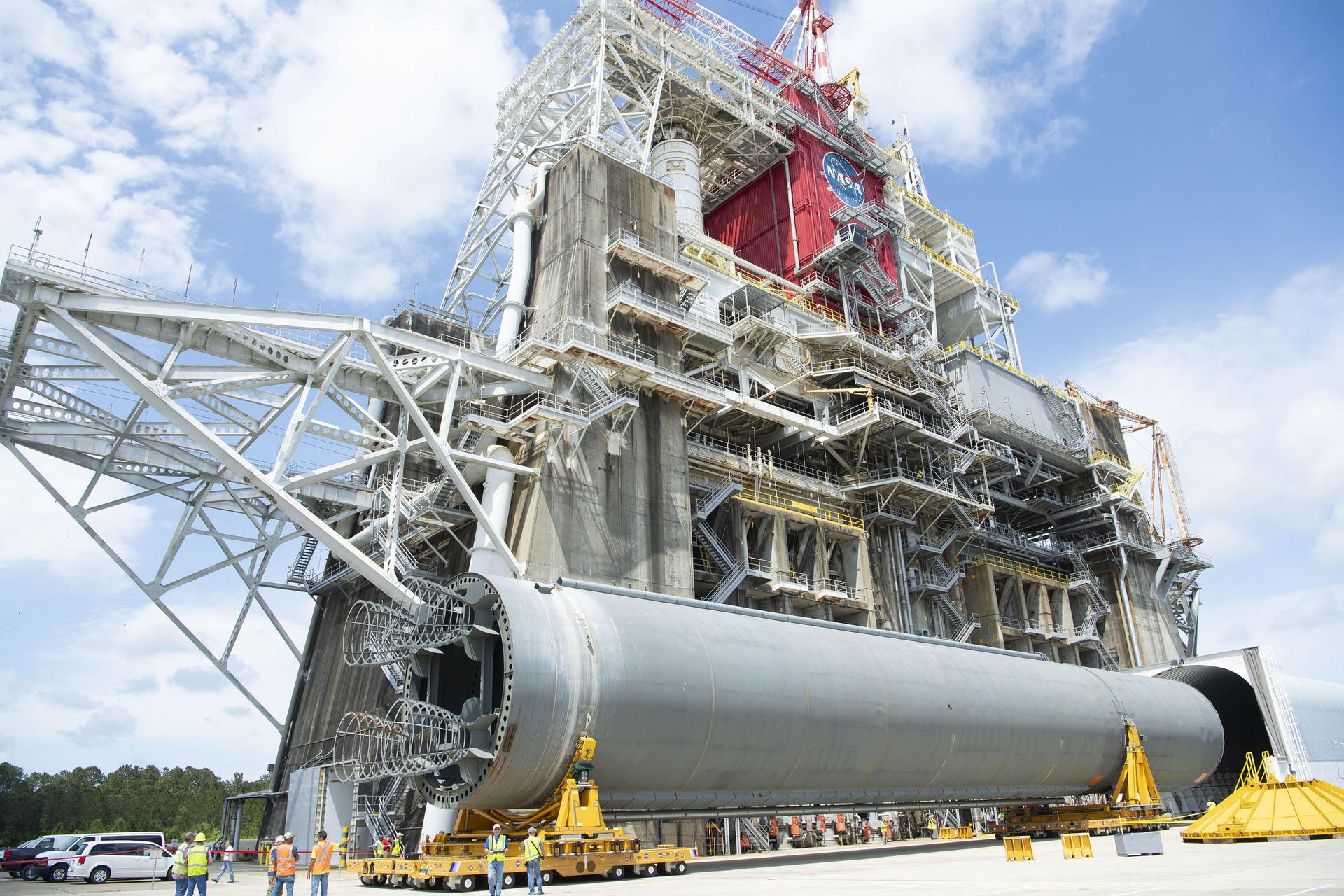 The core stage of the 'Space Launch System' will undergo a 'Green Run' test, where the stage and major components will be tested as a full stack to ensure safety of the vehicle.

Part of the testing will involve a 8 minute 'Hot Fire' of the core stage, demonstrating performance similar to an actual launch.

The Green Run test campaign for the first NASA Space Launch System (SLS) Core Stage is underway with the rocket now i...

If you would like to see more articles like this please support our coverage of the space program by becoming a Space...

This is the 14th planned flight of the Orbital ATK's uncrewed resupply spacecraft Cygnus and its 13th flight to the International Space Station und...

Solar Orbiter is a joint ESA/NASA mission dedicated to solar and heliospheric physics. It will be used to examine how the Sun creates and controls ...

Zafar-1 is a small Earth observation satellite with reported ground resolution of 22.5 m. This is also a third attempt for Simorgh rocket to conduc...

This is a dedicated launch for the National Reconnaissance Office (NRO). The contract was awarded under Rapid Acquisition of a Small Rocket (RASR) ...

Second operational Starlink payload of 2020 and third overall. The Falcon 9 launch vehicle will carry a batch of 60 Starlink satellites that will b...

Yinhe 1 is technology demonstration mission for the planned 144 satellite global 5G communications constellation which is to be built by Chinese Ga...