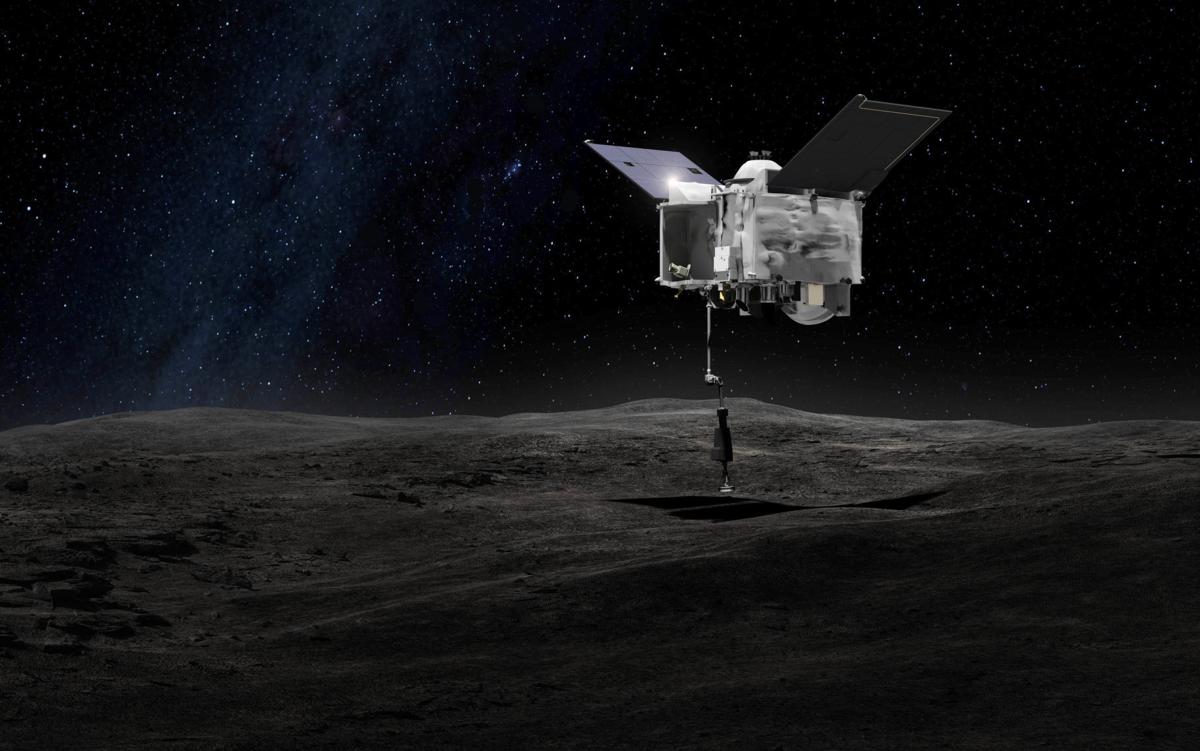 The OSIRIS-REx is a NASA asteroid study and sample-return mission. The mission's main goal is to obtain a sample of at least 60 grams from 101955 Bennu, a carbonaceous near-Earth asteroid, and return the sample to Earth for a detailed analysis.

Rehearsals will be performed before the sampling event, during which the solar arrays will be raised into a Y-shaped configuration to minimize the chance of dust accumulation during contact and provide more ground clearance in case the spacecraft tips over (up to 45°) during contact. The descent will be very slow to minimize thruster firings prior to contact in order to reduce the likelihood of asteroid surface contamination by unreacted hydrazine propellant. Contact with the surface of Bennu will be detected using accelerometers, and the impact force will be dissipated by a spring in the TAGSAM arm.

Upon surface contact by the TAGSAM instrument, a burst of nitrogen gas will be released, which will blow regolith particles smaller than 2 cm (0.8 in) into the sampler head at the end of the robotic arm. A five-second timer will limit collection time to mitigate the chance of a collision. After the timer expires, the back-away maneuver will initiate a safe departure from the asteroid.