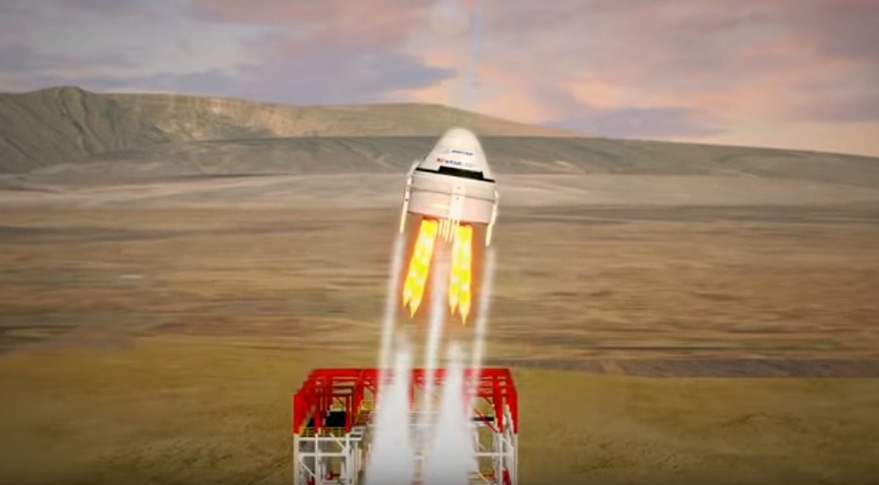 The test is designed to verify that each of Starliner’s systems will function not only separately, but in concert, to protect astronauts by carrying them safely away from the launch pad in the unlikely event of an emergency prior to liftoff. During the test, Starliner’s four launch abort engines and several orbital maneuvering and attitude control thrusters will fire, pushing the spacecraft approximately 1 mile above land and 1 mile north of the test stand.