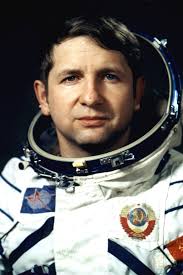 Soyuz 24 was the last crewed flight to the Salyut 5 military space station. The mission began on February 7, 1977, 16:11 UTC, launching Commander Viktor Gorbatko and Flight Engineer Yuri Glazkov into orbit. They docked with the station the next day, where they partially replaced station's atmosphere, as it was presumed that toxic fumes contributed to deteriorated health of the Soyuz 21 crew. Gorbatko and Glazkov fininshed the research started by the previous expedition. This was the final flight to a military Salyut station and the final all-military crew to be launched by Soviets. Soyuz 24 returned to Earth with a safe landing on February 25, 1977, 09:38 UTC.