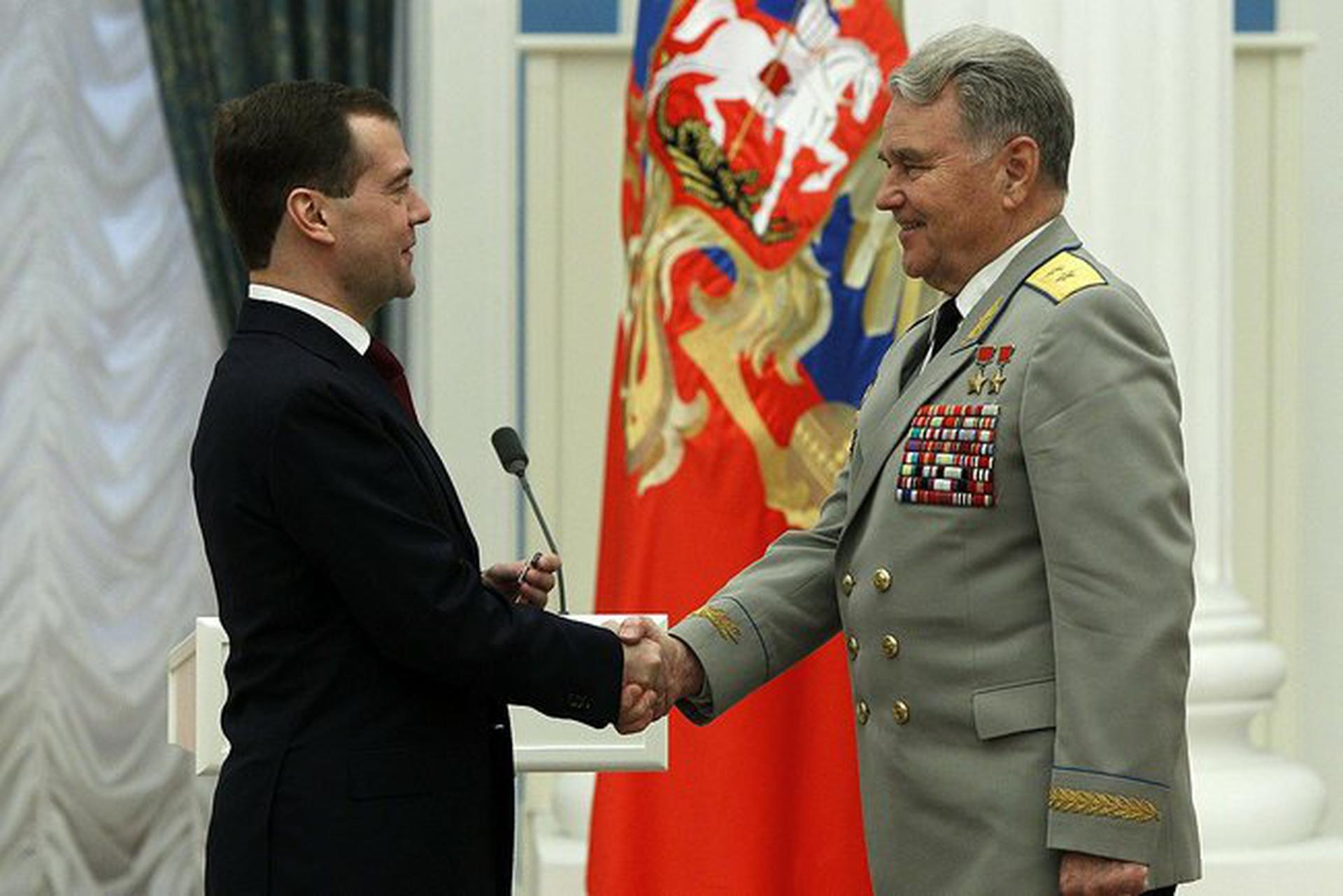 Vladimir Aleksandrovich Shatalov (Russian: Владимир Александрович Шаталов; born December 8, 1927) is a former Soviet cosmonaut who flew three space missions of the Soyuz programme: Soyuz 4, Soyuz 8, and Soyuz 10. Shatalov was born in Petropavlovsk. From 1971 to 1987, he was Commander of Cosmonaut Training, and Director of the Cosmonaut Training Centre from then until 1991. Quote: "When we look into the sky it seems to us to be endless. We breathe without thinking about it, as is natural... and then you sit aboard a spacecraft, you tear away from Earth, and within ten minutes you have been carried straight through the layer of air, and beyond there is nothing! The 'boundless' blue sky, the ocean which gives us breath and protects us from endless black and death, is but an infinitesimally thin film. How dangerous it is to threaten even the smallest part of this gossamer covering, this conserver of life."

Soyuz 4 mission started with the launch on January 14, 1969, 07:30:00 UTC, carrying Commander Vladimir Shatalov, Flight Engineer Aleksei Yeliseyev and Research Engineer Yevgeny Khrunov into orbit. Two days later mission achieved the first ever docking of two crewed spacecrafts, having Soyuz 4 docked with Soyuz 5 spacecraft. Since no connecting tunel had been developed yet, the two cosmonauts had to spacewalk from one vehicle to another. The mission concluded with a safe landing back on Earth on January 17, 1969, 06:50:47 UTC.

Soyuz 8 was a joint mission with Soyuz 6 and Soyuz 7 that saw three spacecraft in orbit together at the same time. It prime mission was to dock and transfer crew to Soyuz 7 but the mission failed due to docking system failure. Soyuz 8 was Commanded by Vladimir Shatalov and Flight Engineer Aleksei Yeliseyev.