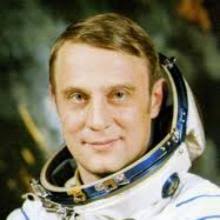 Valery Ilyich Rozhdestvensky (Russian: Валерий Ильич Рождественский, 13 February 1939 – 31 August 2011) was a Soviet cosmonaut. Rozhdestvensky was selected as a cosmonaut on 23 October 1965 and flew as Flight Engineer on Soyuz 23. After his space flight he continued to work with the space program at the Yuri Gagarin Cosmonaut Training Center.

Soyuz 23 was meant to be the second crewed flight to the Salyut 5 military space station. The mission began on October 14, 1976, 17:39:18 UTC, launching Commander Vyacheslav Zudov and Flight Engineer Valery Rozhdestvensky into orbit. They arrived at the station, but equipment malfunction did not allow docking and the mission had to be aborted Soyuz 23 returned to Earth on October 16, 1976, 17:45:53 UTC, with an unintended splashdown in partially frozen Lake Tengiz. The capsule sunk, and due to fog and other adverse conditions it took nine hours for the rescue team to recover the capsule and crew.