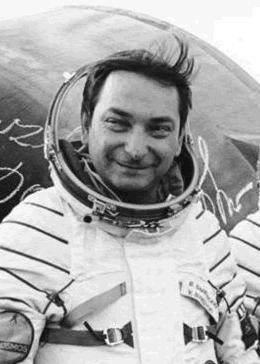 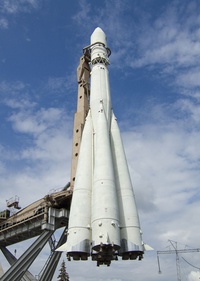 Vostok 5 was a joint mission with Vostok 6 which launched two days after Vostok 5. The capsule was piloted by Cosmonaut Valery Bykovsky. The mission was intended to last 8 days, but the capsule returned to Earth just after 5 due to a lower then intended orbit and solar flare activity. The mission began on 14 June 1963, 11:58:58 UTC and ended on 19 June 1963, 11:06 UTC.

Soyuz 22 mission began on September 15, 1976, 09:48:30 UTC, launching Commander Yuri Malyshev and Flight Engineer Gennady Strekalov into orbit. The main objective of the mission was Earth observation and imaging, resulting in 2,400 photographs of 30 geographic areas. During their 7-day stay in orbit, crew also conducted several biological experiments. The mission concluded with a safe landing back on Earth on September 23, 1976, 07:40:47 UTC.

Soyuz 29 was the fourth mission to visit the Salyut 6 space station and carried the the EO-2 expedition, which was the second long-duration crew for the station. The mission began on June 15, 1978, 20:16:45 UTC, launching Commander Vladimir Kovalyonok and Flight Engineer Aleksandr Ivanchenkov into orbit. They docked with the station the next day. During their 136-day stay on the station, EO-2 crew conducted various scientific experiments, performed an EVA and were visited by three uncrewed Progress cargo spacecrafts and two visiting crews, Soyuz 30 and Soyuz 31. EO-2 crew swapped the vehicles with the Soyuz 31 crew, and returned to Earth in Soyuz 31 spacecraft. The mission concluded with a safe landing back on Earth on November 2, 1978, 11:05:00 UTC.

Soyuz 31 was the sixth mission to visit the Salyut 6 space station and carried the the EP-4 crew, which visited the long-duration Soyuz 29 resident crew. The mission began on August 26, 1978, 14:51:30 UTC, launching Commander Valery Bukovsky and Research Cosmonaut/Flight Engineer Sigmund JÃ¤hn, the first German cosmonaut, into orbit. They docked with the station the next day. During their stay on the station, crew conducted various scientific experiments. Soyuz 31 crew swapped vehicles with the Soyuz 29 (EO-2 expedition) crew, which allowed for a longer stay in orbit for EO-2. The mission concluded with a safe landing back on Earth on September 3, 1978, 11:40:34 UTC.