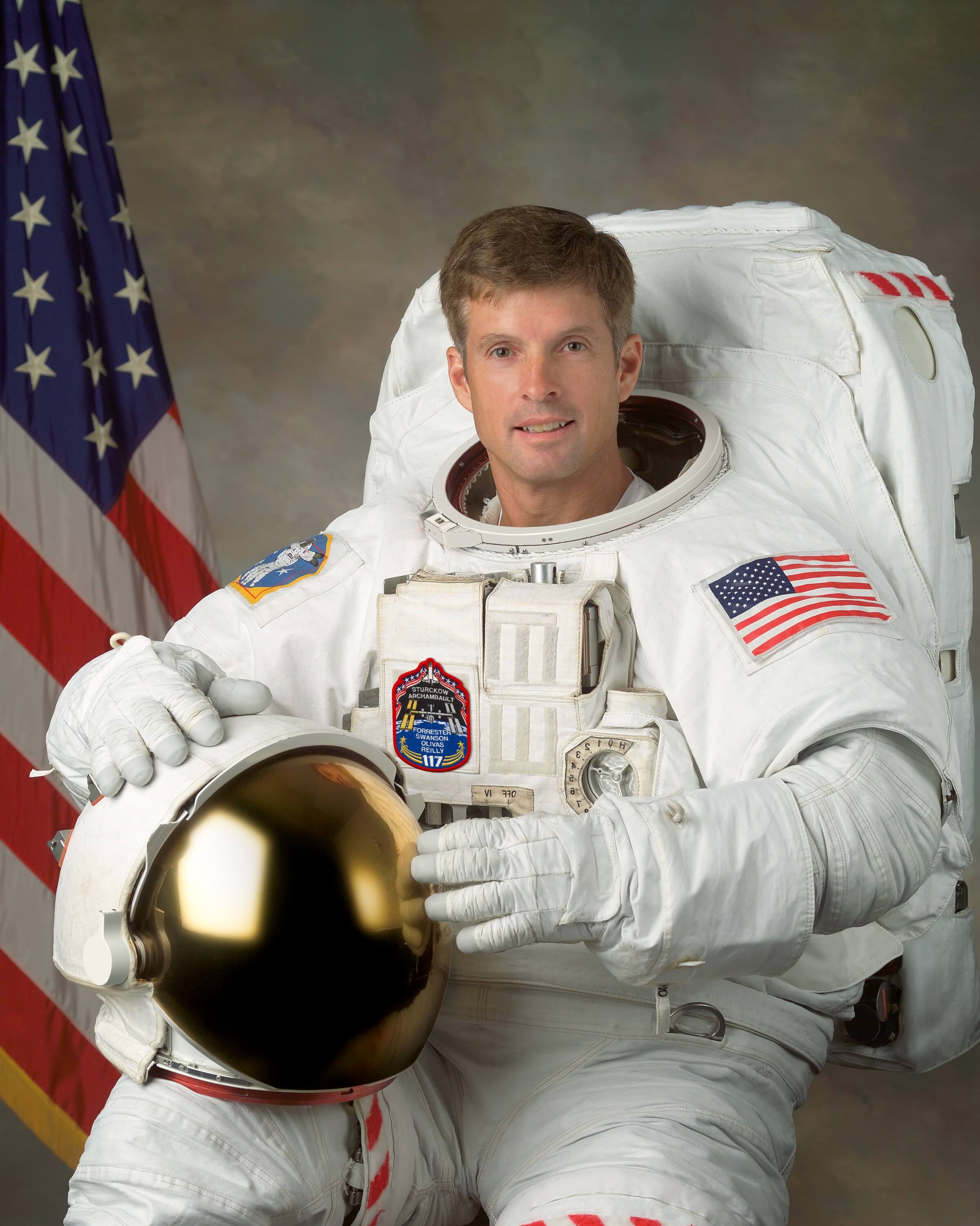 Steven Ray Swanson is an American Engineer and a retired NASA astronaut. He is married and has three children. He has received numerous awards and honors. These include the NASA Exceptional Achievement Medal and the JSC Certificate of Accommodation and many others. Prior to becoming a NASA astronaut, Swanson worked for GTE in Phoenix, Arizona, as a software engineer. Swanson has flown two shuttle flights, STS-117 and STS-119. He has logged over 4,700 hours in space and completed four spacewalks totaling 26 hours and 14 minutes. Swanson has also served in other roles at NASA, such as a CAPCOM for both International Space Station and Space Shuttle missions.

STS-119 (ISS assembly flight 15A) was a space shuttle mission to the International Space Station (ISS) which was flown by Space Shuttle Discovery during March 2009. It delivered and assembled the fourth starboard Integrated Truss Segment (S6), and the fourth set of solar arrays and batteries to the station.

Soyuz TMA-12M begins expedition 39 by carrying 3 astronauts and cosmonauts to the International Space Station. Russian Commander, cosmonaut Aleksandr Skvortsov alongside Flight Engineers, Oleg Artemyev (RSA) & Steven R. Swanson (NASA) will launch aboard the Soyuz spacecraft from the Baikonur Cosmodrome in Kazakhstan and then rendezvous with the station. It landed on 11 September 2014 02:23 UTC