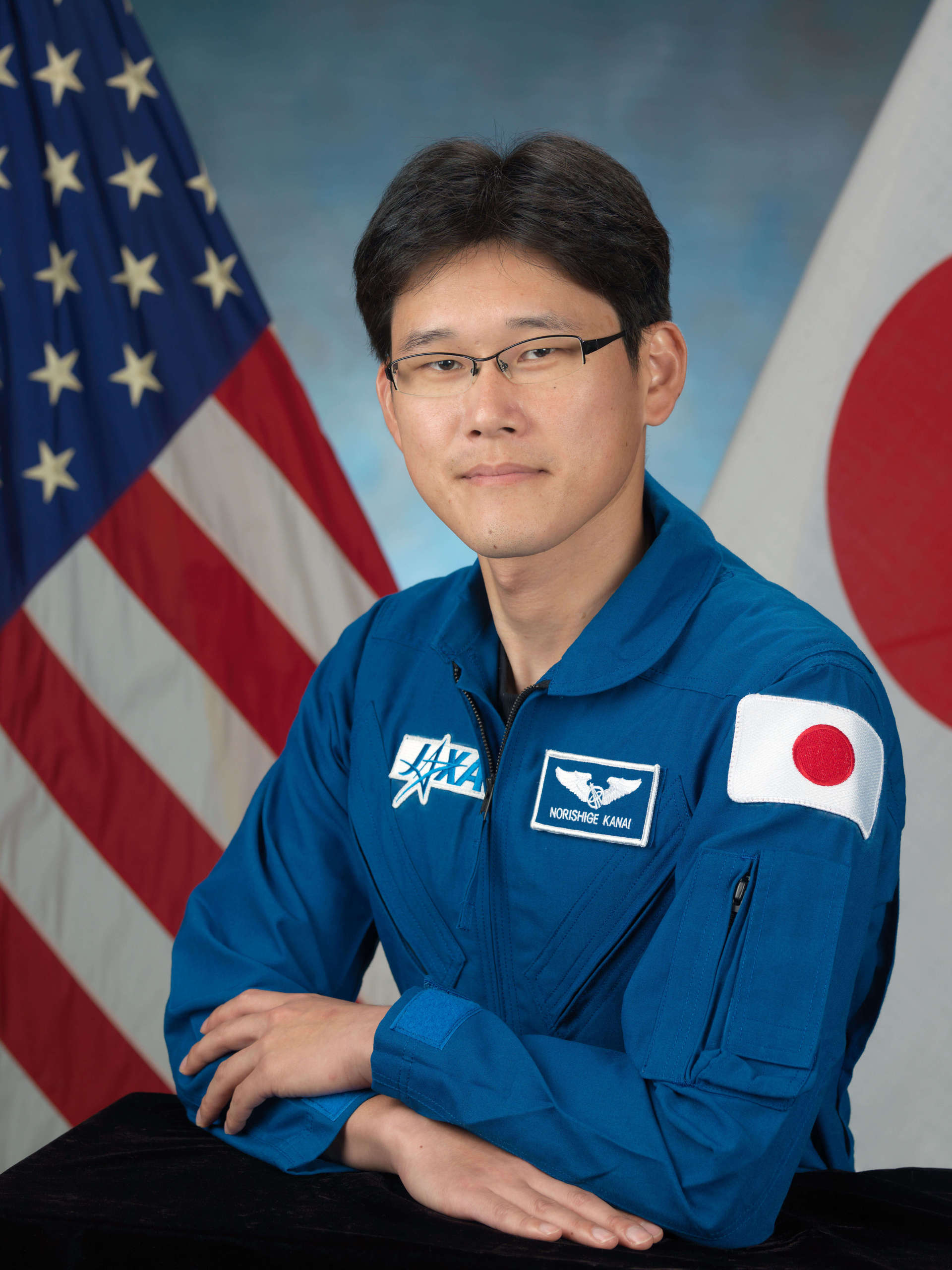 Norishige Kanai, M.D. is a Japanese doctor and JAXA astronaut. He is a lieutenant and Diving Medical Officer in the Japan Maritime Self-Defense Force (Medical Service Division, 1st Service School). He served as a crew member on board the International Space Station for Expedition 54/55, and returned to Earth on June 3 2018.

Soyuz MS-07 begins expedition 54 by carrying NASA astronaut Scott Tingle, JAXA astronaut Norishige Kanai and Roscosmos cosmonaut Aleksander Skvortsov to the International Space Station. After launching from the Baikonur Cosmodrome in Kazakhstan, they will rendezvous to the station where they will remain for their 6 month stay.