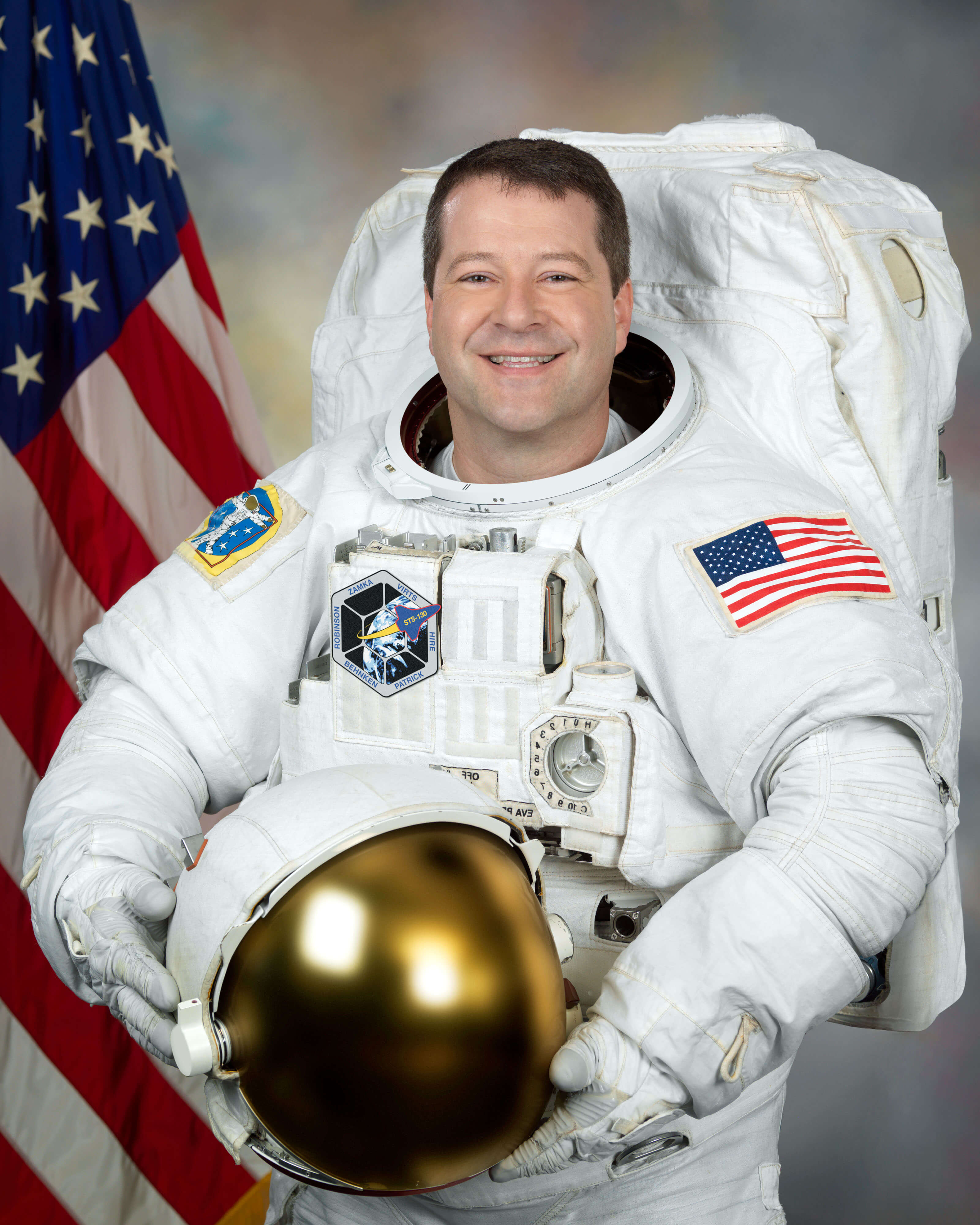 Nicholas James MacDonald Patrick, Ph.D. is a British-American engineer and a former NASA astronaut. His flight on the 2006 Discovery STS-116 mission made him the fourth person born in the United Kingdom to go into space.

STS-130 was an ISS assembly flight with the primary payloads being the Tranquility module and the Cupola observatory. The mission began on February 8th 2010 at 09:14 UTC launching Commander George D. Zamka, Pilot Terry Virts, Mission Specialist 1 Kathryn P. Hire, Mission Specialist 2 Stephen K. Robinson, Mission Specialist 3 Nicholas Patrick & Mission Specialist 4 Robert L. Behnken to orbit. They docked with the ISS 2 days after launch. During the mission 3 spacewalks were conducted to install the Tranquility module. On day 6, the wake-up song played to the ISS crew was "The Ballad of Serenity" by Sonny Rhodes, the theme for science fiction show Firefly, and was played for Robert Behnken. The mission concluded after 13 days & 18 hours on February 22nd 2010 at 03:22:10 UTC.