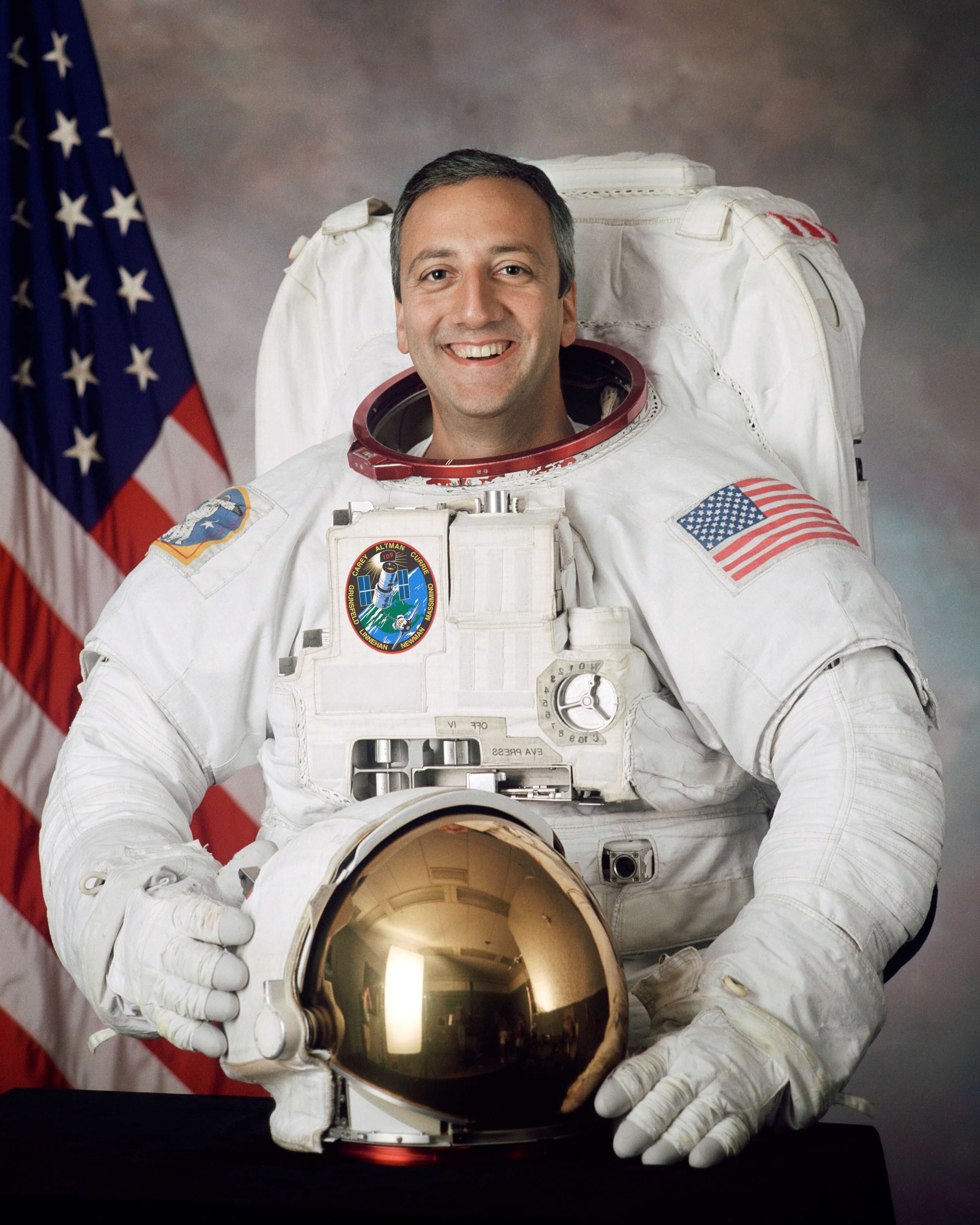 Michael James Massimino is an American professor of mechanical engineering at Columbia University and a former NASA astronaut. He is the senior advisor of space programs at the Intrepid Sea, Air & Space Museum. Early life Massimino was born August 19, 1962 in Oceanside, New York, and raised in Franklin Square, New York, both on Long Island. He graduated from H. Frank Carey Junior-Senior High School in Franklin Square, New York in 1980. He went on to attend Columbia University, graduating with a Bachelor of Science degree in Industrial Engineering in 1984. He then attended the Massachusetts Institute of Technology, graduating with a Master of Science degree in Mechanical Engineering and a Master of Science degree in Technology and Public Policy in 1988. He continued his education at MIT, earning a Degree of Mechanical Engineer in 1990 and a Doctor of Philosophy degree in Mechanical Engineering in 1992.

STS-109 (SM3B) was a Space Shuttle mission that launched from the Kennedy Space Center on 1 March 2002. It was the 108th mission of the Space Shuttle program, the 27th flight of the orbiter Columbia and the fourth servicing of the Hubble Space Telescope. It was also the last successful mission of the orbiter Columbia before the ill-fated STS-107 mission, which culminated in the Columbia disaster.

STS-125, or HST-SM4 (Hubble Space Telescope Servicing Mission 4), was the fifth and final space shuttle mission to the Hubble Space Telescope (HST). Space Shuttle Atlantis carried two new instruments to the Hubble Space Telescope, the Cosmic Origins Spectrograph and the Wide Field Camera 3. The mission also replaced a Fine Guidance Sensor, six gyroscopes, and two battery unit modules to allow the telescope to continue to function at least through 2014. The crew also installed new thermal blanket insulating panels to provide improved thermal protection, and a soft-capture mechanism that would aid in the safe de-orbiting of the telescope by an unmanned spacecraft at the end of its operational lifespan.