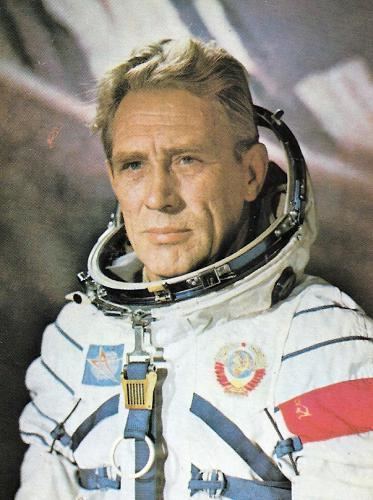 Lev Stepanovich Dyomin (Russian: Лев Степанович Дёмин; January 11, 1926, in Moscow – December 18, 1998, in Zvyozdny Gorodok) was a Soviet cosmonaut who flew on the Soyuz 15 spaceflight in 1974. This spaceflight was intended to dock with the space station Salyut 3, but the docking failed.

Soyuz 15 was meant to be the second crewed mission to the Salyut 3 space station. The mission launched on August 26, 1974, 19:58:05 UTC, carrying commander Gennadi Sarafanov and flight engineer Lev Dyomin to orbit. Soyuz-15 failed to dock with the station and had to return to Earth early, landing on August 28, 1974, 20:10:16 UTC.