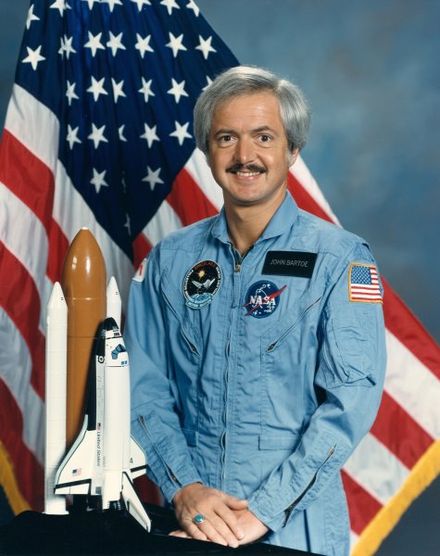 John-David Francis Bartoe (born November 17, 1944 in Abington, Pennsylvania) is an American astrophysicist. He is the Research Manager for the International Space Station (ISS) at NASA's Johnson Space Center. He provides oversight for the Program Manager concerning the research capability, research hardware, and research plans of the ISS. As a civilian employee of the US Navy, he flew aboard Space Shuttle mission STS-51-F as a Payload Specialist.