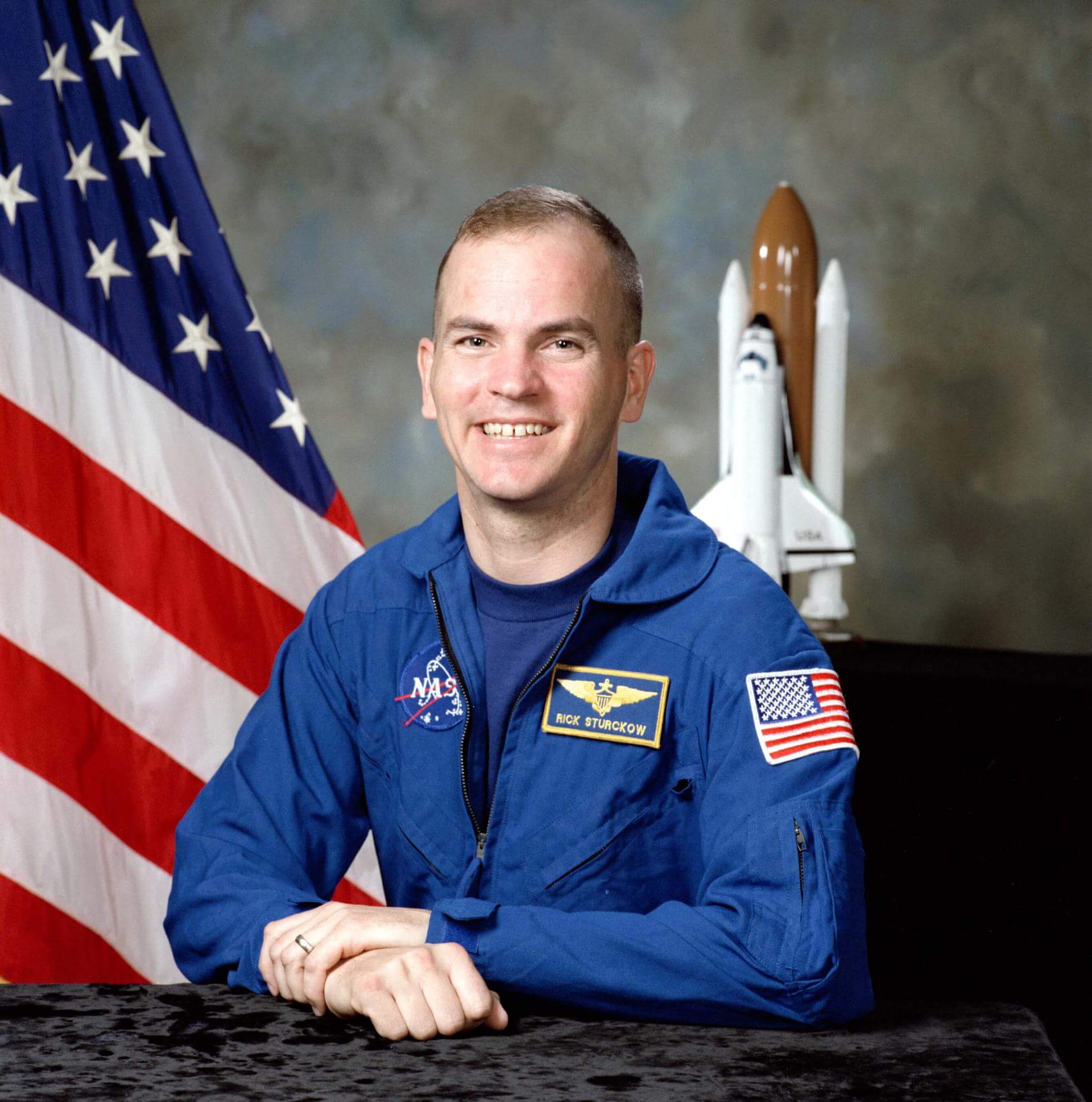 Frederick Wilford "Rick" Sturckow is an Engineer, retired United States Marine Corps officer, former NASA astronaut, and commercial spacecraft pilot. Sturckow is a veteran of four Space Shuttle missions. He flew on STS-88 and STS-105 as a pilot and STS-117 and STS-128 as a commander. All four missions docked with the International Space Station, making Sturckow one of two people to visit the station four times. Sturckow later was assigned to the Johnson Space Center as a CAPCOM. He left NASA in 2013 to become a pilot for Virgin Galactic.

STS-88 was the first Space Shuttle mission to the International Space Station (ISS). It was flown by Space Shuttle Endeavour, and took the first American module, the Unity node, to the station.

STS-128 (ISS assembly flight 17A) was a NASA Space Shuttle mission to the International Space Station (ISS) that launched on 28 August 2009. Space Shuttle Discovery carried the Multi-Purpose Logistics Module Leonardo as its primary payload. Leonardo contained a collection of experiments for studying the physics and chemistry of microgravity. Three spacewalks were carried out during the mission, which removed and replaced a materials processing experiment outside ESA's Columbus module, and returned an empty ammonia tank assembly.

Powered test flight of VSS Unity. Reached outer space for the first time according to the US definition of the space border.