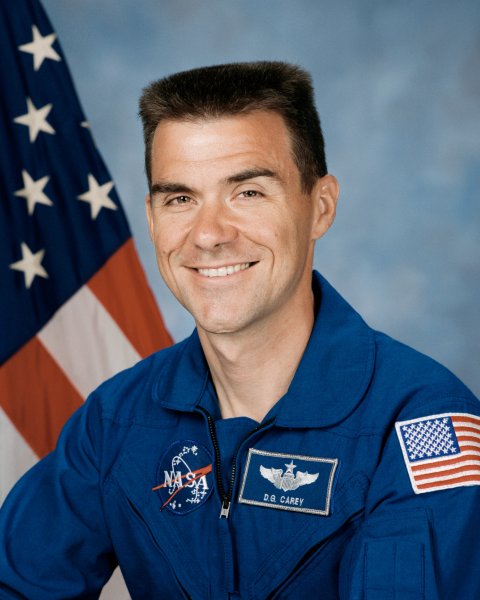 Duane Gene "Digger" Carey is a retired lieutenant colonel in the United States Air Force and a former NASA astronaut.

STS-109 (SM3B) was a Space Shuttle mission that launched from the Kennedy Space Center on 1 March 2002. It was the 108th mission of the Space Shuttle program, the 27th flight of the orbiter Columbia and the fourth servicing of the Hubble Space Telescope. It was also the last successful mission of the orbiter Columbia before the ill-fated STS-107 mission, which culminated in the Columbia disaster.