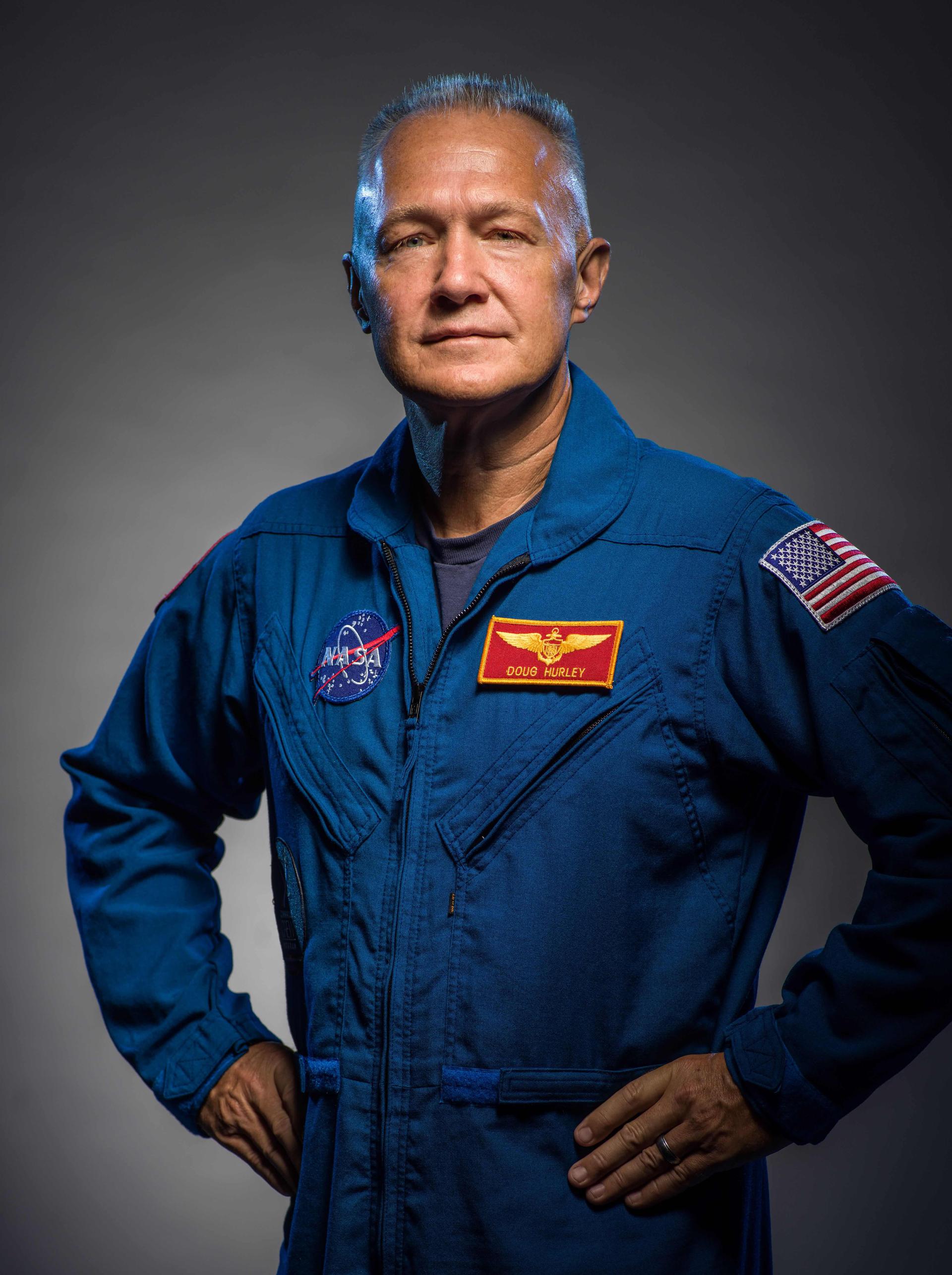 Douglas Gerald Hurley is an engineer and NASA astronaut. He piloted Space Shuttle mission STS-127, which launched July 15, 2009. He was assigned and flew as pilot for STS-135, the final flight of the Space Shuttle program, in July 2011. He is also the first Marine to fly the F/A-18 E/F Super Hornet. His call sign is "Chunky" and was sometimes referred to by this name on the communication loops.

STS-127 (ISS assembly flight 2J/A) was a NASA Space Shuttle mission to the International Space Station (ISS). It was the twenty-third flight of Space Shuttle Endeavour. The primary purpose of the STS-127 mission was to deliver and install the final two components of the Japanese Experiment Module: the Exposed Facility (JEM EF), and the Exposed Section of the Experiment Logistics Module (ELM-ES). When Endeavour docked with the ISS on this mission in July 2009, it set a record for the most humans in space at the same time in the same vehicle, the first time thirteen people have been at the station at the same time. It also tied the record of thirteen people in space at any one time.

STS-135 delivered supplies and equipment to provision the space station through 2012, and is the final mission of the American Space Shuttle program. Payload included the Multi-Purpose Logistics Module (MPLM) Raffaello and the Lightweight Multi-Purpose Carrier (LMC)

A new era of human spaceflight is set to begin as American astronauts once again launch on an American rocket from American soil. The Demo-2 mission is the second test flight of Crew Dragon, and the first flight with crew onboard. It will carry NASA astronauts Robert Behnken and Douglas Hurley to the International Space Station for an extended stay (the specific mission duration will be determined once on station based on the readiness of the next commercial crew launch). They will perform tests on Crew Dragon in addition to conducting research and other tasks with the space station crew. As the final flight test for SpaceX, this mission will validate the company’s crew transportation system, including the launch pad, rocket, spacecraft, and operational capabilities. This also will be the first time NASA astronauts will test the spacecraft systems in orbit. The Demo-2 mission will be the final major step before NASA’s Commercial Crew Program certifies Crew Dragon for operational, long-duration missions to the space station. Current Mission Status: After a successful ride to orbit - the Dragon Spacecraft is now executing a series of tests and orbit raising burns while it takes a 19 hour journey to the International Space Station.