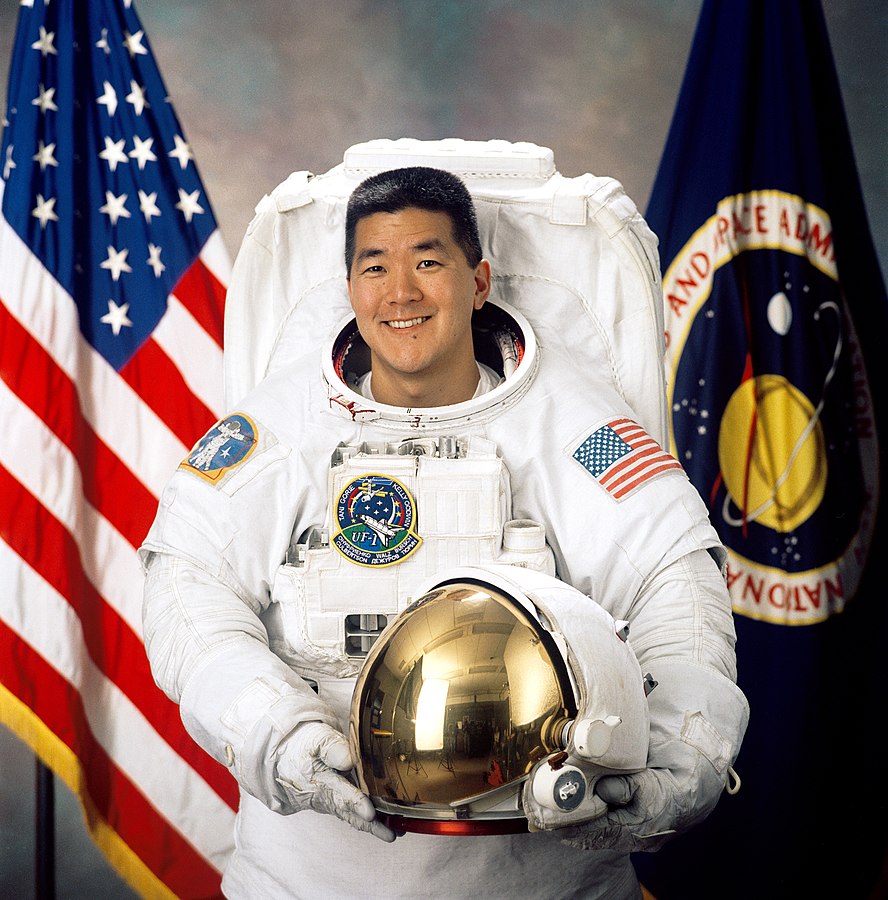 Daniel M. Tani is an American engineer and a NASA astronaut. Although born in Ridley Park, Pennsylvania, he considers Lombard, Illinois, to be his hometown. With Peggy Whitson, Tani conducted the 100th spacewalk on the International Space Station.

STS-108 was a Space Shuttle mission to the International Space Station (ISS) flown by Space Shuttle Endeavour. Its primary objective was to deliver supplies to and help maintain the ISS. It was the 12th shuttle flight to visit the International Space Station and the first since the installation of the Russian airlock called Pirs on the station. Endeavour delivered the Expedition 4 crew to the orbital outpost. The Expedition 3 crew returned to Earth on Endeavour.

STS-122 was a NASA Space Shuttle mission to the International Space Station (ISS), flown by the Space Shuttle Atlantis. STS-122 marked the 24th shuttle mission to the ISS, and the 121st space shuttle flight overall. The mission was also referred to as ISS-1E by the ISS program. The primary objective of STS-122 was to deliver the European Columbus science laboratory, built by the European Space Agency (ESA), to the station. It also returned Expedition 16 Flight Engineer Daniel M. Tani to Earth. Tani was replaced on Expedition 16 by LÃ©opold Eyharts, a French Flight Engineer representing ESA. After Atlantis' landing, the orbiter was prepared for STS-125, the final servicing mission for the Hubble Space Telescope.