Mercury-Redstone 3, or Freedom 7, was the first United States human spaceflight, on May 5, 1961, piloted by astronaut Alan Shepard. It was the first manned flight of Project Mercury, the objective of which was to put an astronaut into orbit around the Earth and return him safely. Shepard's mission was a 15-minute suborbital flight with the primary objective of demonstrating his ability to withstand the high g-forces of launch and atmospheric re-entry.

The Mercury-Redstone Launch Vehicle, designed for NASA's Project Mercury, was the first American manned space booster. It was used for six sub-orbital Mercury flights from 1960–61; culminating with the launch of the first, and 11 weeks later, the second American (and the second and third humans) in space. The four subsequent Mercury human spaceflights used the more powerful Atlas booster to enter low Earth orbit. A member of the Redstone rocket family, it was derived from the U.S. Army's Redstone ballistic missile and the first stage of the related Jupiter-C launch vehicle; but to human-rate it, the structure and systems were modified to improve safety and reliability. 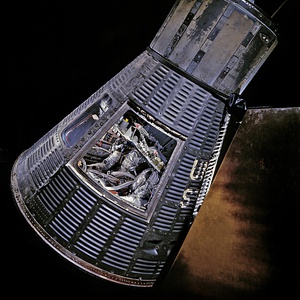 Mercury No.7 is the Mercury capsule used for the Mercury-Redstone 3 - callsign "Freedom 7" - mission launched on May 5, 1961 and piloted by astronaut Alan Shepard. 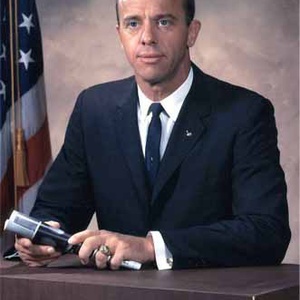 In July 1959, NASA chose the Redstone missile as the basis for the Mercury-Redstone Launch Vehicle to be used for suborbital test flights of the Project Mercury spacecraft. Three unmanned MRLV launch attempts were made between November 1960 and March 1961, two of which were successful. The MRLV successfully launched the chimpanzee Ham, and astronauts Alan Shepard and Gus Grissom on three suborbital flights in January, May and July 1961, respectively.

SpaceX will launch the Dragon spacecraft on their 20th operational cargo delivery mission to the International Space Station. The flight is being c...

These are four experimental satellites which will be used mainly to test some Earth observation technologies.