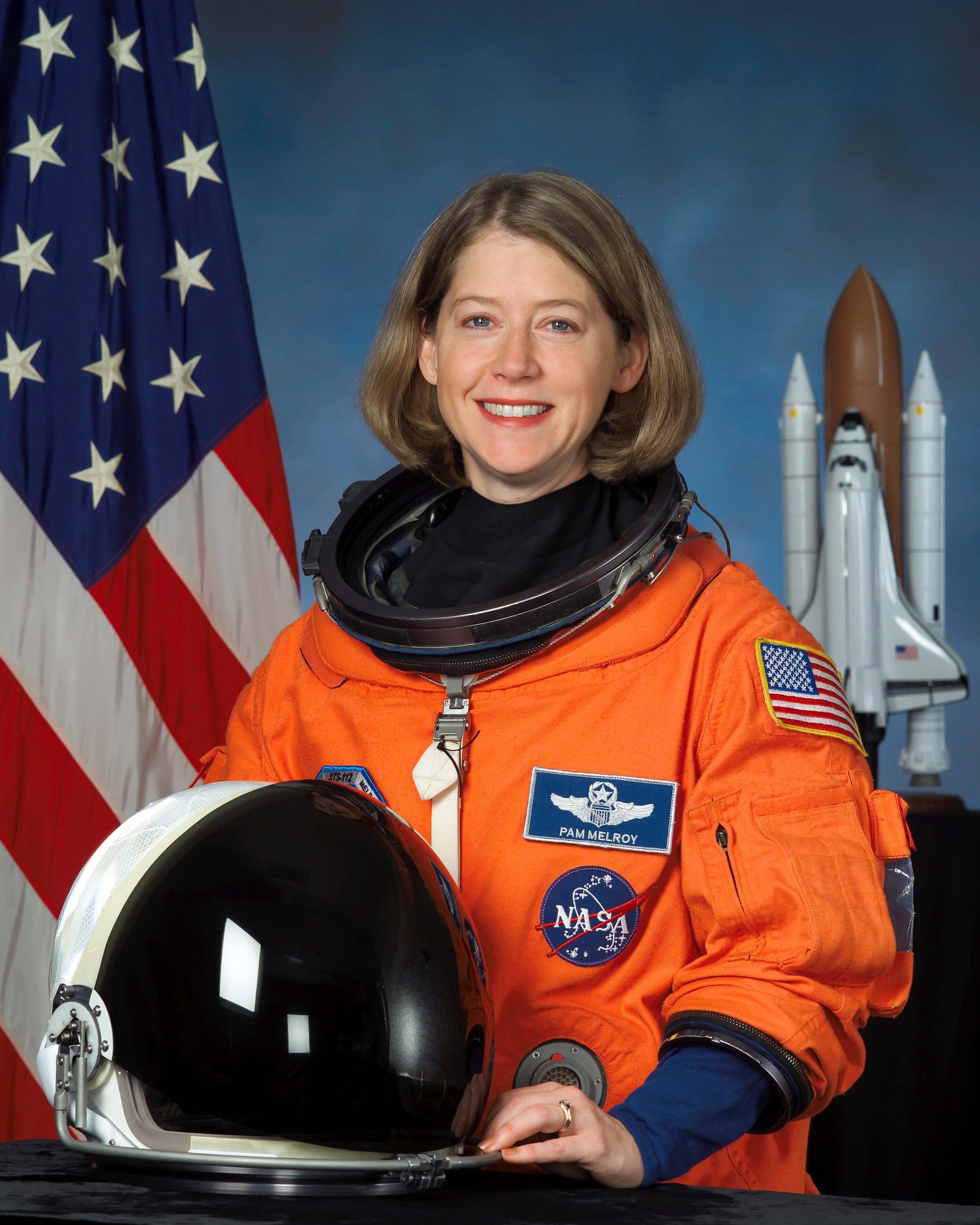 Pamela Anne Melroy is a retired United States Air Force officer and a former NASA astronaut. She served as pilot on Space Shuttle missions STS-92 and STS-112 and commanded mission STS-120 before leaving the agency in August 2009. After serving as Deputy Program Manager, Space Exploration Initiatives with Lockheed Martin, Melroy joined the Federal Aviation Administration in 2011, where she was a senior technical advisor and director of field operations for the FAA's Office of Commercial Space Transportation. In 2013, she left the FAA and joined DARPA as Deputy Director of the Tactical Technology Office. She left the agency in February, 2017.

STS-112 (ISS assembly flight 9A) was an 11-day space shuttle mission to the International Space Station (ISS) flown by Space Shuttle Atlantis. Space Shuttle Atlantis was launched on 7 October 2002 at 19:45 UTC from the Kennedy Space Center's launch pad 39B to deliver the 28,000 pound Starboard 1 (S1) truss segment to the Space Station. Ending a 4.5-million-mile journey, Atlantis landed at 15:44 UTC on 18 October 2002 on runway 33 at the Kennedy Space Center's Shuttle Landing Facility.