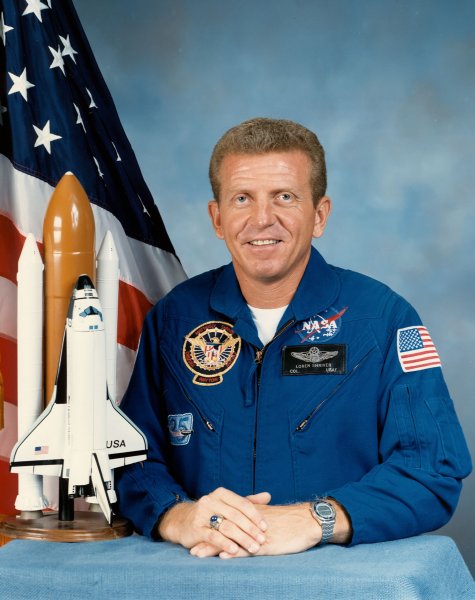 Loren James Shriver is a former NASA astronaut, aviator, and a retired US Air Force Colonel.

STS-51-C was the fifteenth flight of the shuttle program and third for the Space Shuttle Discovery. It was the first space shuttle mission dedicated to the United States Department of Defense and therefore, the mission details remain classified.