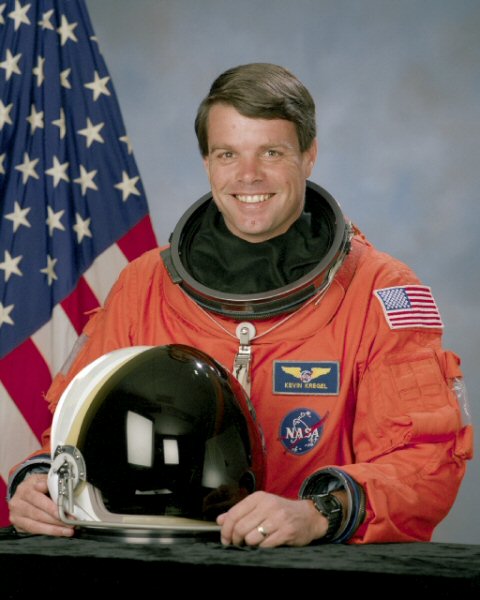 Kevin Richard Kregel is an American former astronaut, and former member of the Space Launch Initiative Project at the Lyndon B. Johnson Space Center.

STS-70 was the 21st flight of the Space Shuttle Discovery, and the last of 7 shuttle missions to carry a Tracking and Data Relay Satellite (TDRS). This was the first shuttle mission controlled from the new mission control center room at the Johnson Space Center in Houston. STS-70 was also the first flight of the new Block 1 orbiter main engine, designed to improve both engine performance and safety.

STS-78 was the fifth dedicated Life and Microgravity Spacelab mission for the Space Shuttle program, flown partly in preparation for the International Space Station project. The mission used the Space Shuttle Columbia, which lifted off successfully from Kennedy Space Centerâ€™s launch pad 39-B on 20 June 1996.

STS-99 was a Space Shuttle mission using Endeavour, that launched on 11 February 2000 from Kennedy Space Center, Florida. The primary objective of the mission was the Shuttle Radar Topography Mission (SRTM) project. This was also the last solo flight of Endeavour; all future flights for Endeavour became devoted to the International Space Station.