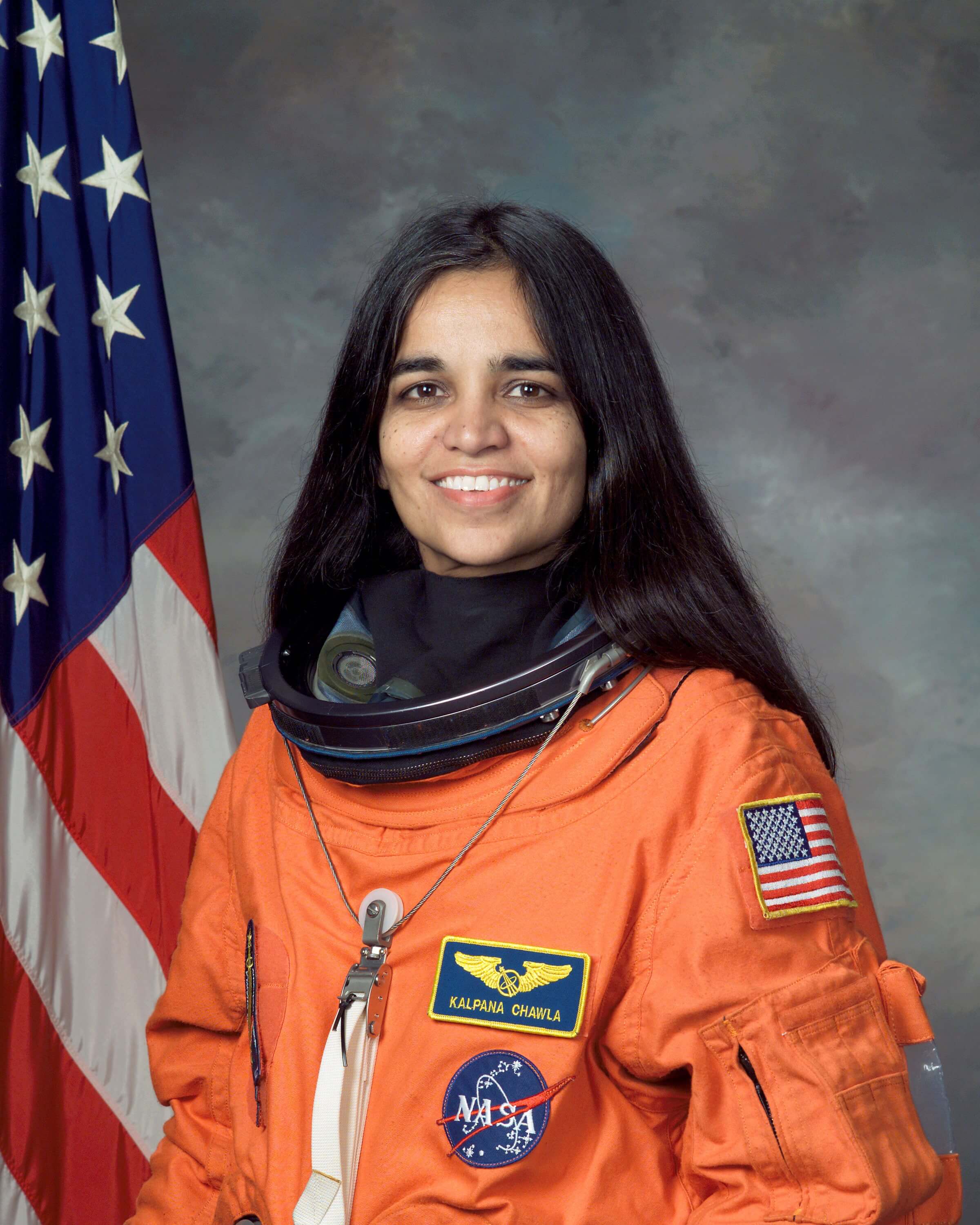 Kalpana Chawla was an American astronaut and the first female of Indian origin to go to space. She first flew on Space Shuttle Columbia in 1997 as a mission specialist and primary robotic arm operator. In 2003, Chawla was one of the seven crew members who died in the Space Shuttle Columbia disaster when the craft disintegrated during its re-entry into the Earth's atmosphere. Chawla was posthumously awarded the Congressional Space Medal of Honor, and several streets, universities and institutions have been named in her honor.