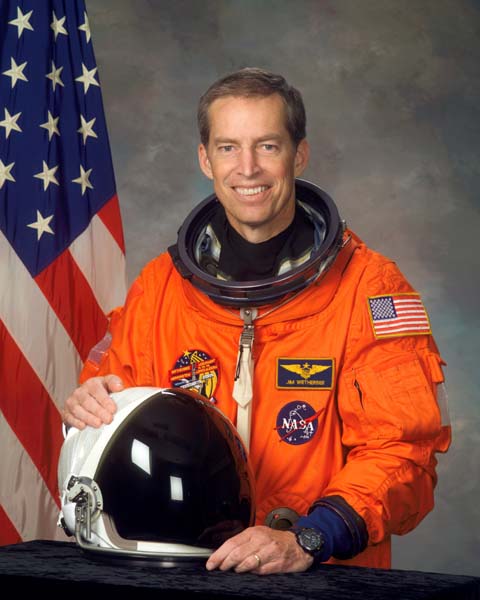 James Donald "Wxb" Wetherbee is an American former naval officer and aviator, test pilot, aerospace engineer, and NASA astronaut. He is a veteran of six Space Shuttle missions and is the only American to have commanded five spaceflight missions.

STS-102 was a Space Shuttle mission to the International Space Station (ISS) flown by Space Shuttle Discovery and launched from Kennedy Space Center, Florida. STS-102 flew in March 2001; its primary objectives were resupplying the ISS and rotating the Expedition 1 and Expedition 2 crews.