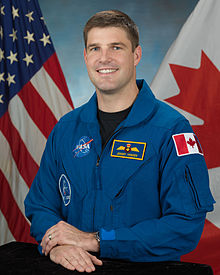 Jeremy Roger Hansen is a Canadian astronaut with the Canadian Space Agency (CSA). He was selected to join the CSA in the 2009 CSA selection.

No spaceflights found for Jeremy Hansen.