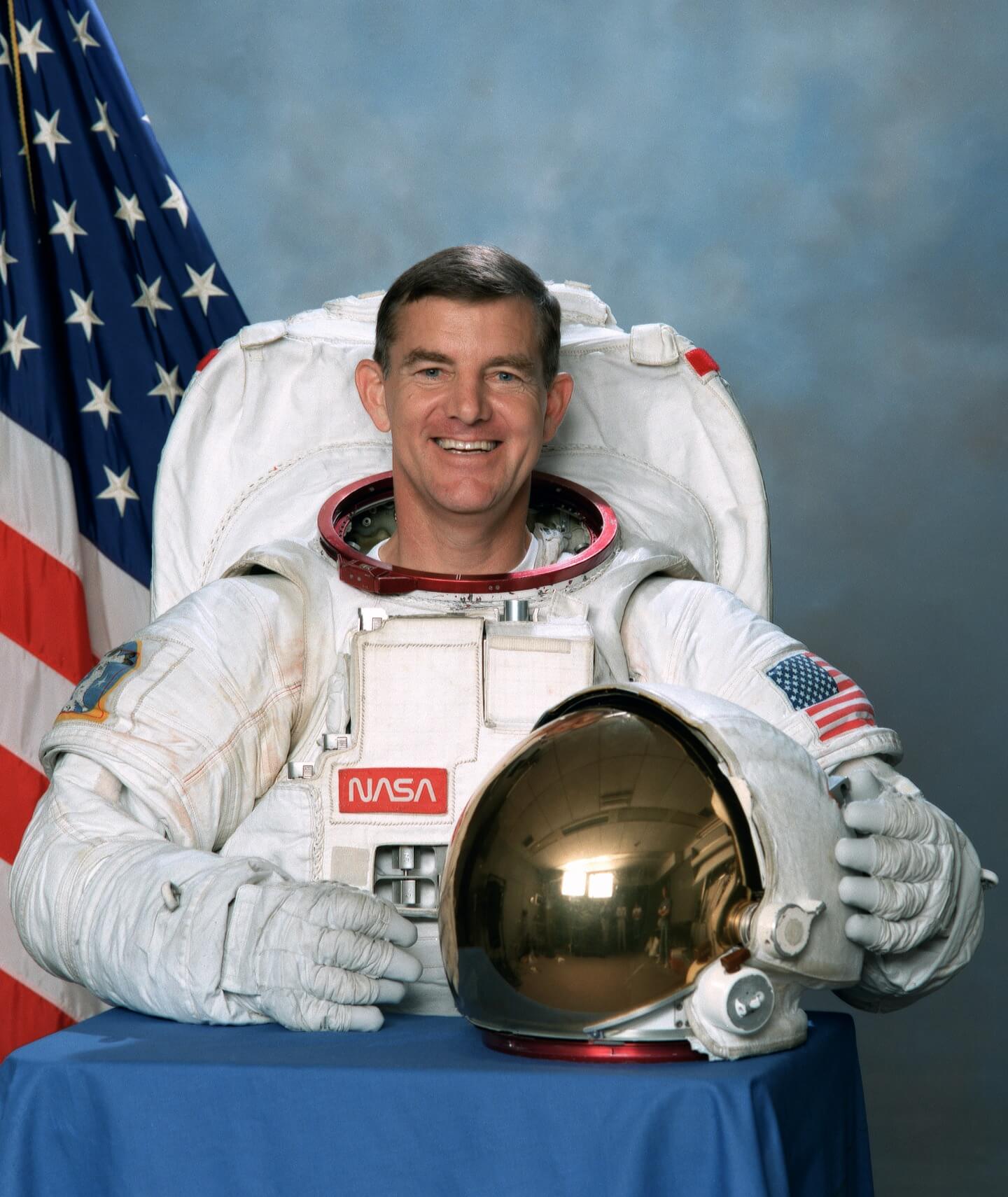 James Shelton Voss is a retired United States Army Colonel and NASA astronaut. During his time with NASA, Voss flew in space five times on board the Space Shuttle and International Space Station. He also served as deputy of Flight Operations for the Space Station Program Mission Integration and Operations Office. While participating in ISS Expedition 2, he and Susan Helms conducted an 8-hour and 56 minute spacewalk, the longest to date.

STS-53 was a Space Shuttle Discovery mission in support of the United States Department of Defense. The mission was launched on 2 December 1992 from Kennedy Space Center, Florida.

STS-69 was a Space Shuttle Endeavour mission, and the second flight of the Wake Shield Facility (WSF). The mission launched from Kennedy Space Center, Florida on 7 September 1995. It was the 100th successful manned NASA spaceflight, not including X-15 flights.

STS-102 was a Space Shuttle mission to the International Space Station (ISS) flown by Space Shuttle Discovery and launched from Kennedy Space Center, Florida. STS-102 flew in March 2001; its primary objectives were resupplying the ISS and rotating the Expedition 1 and Expedition 2 crews.