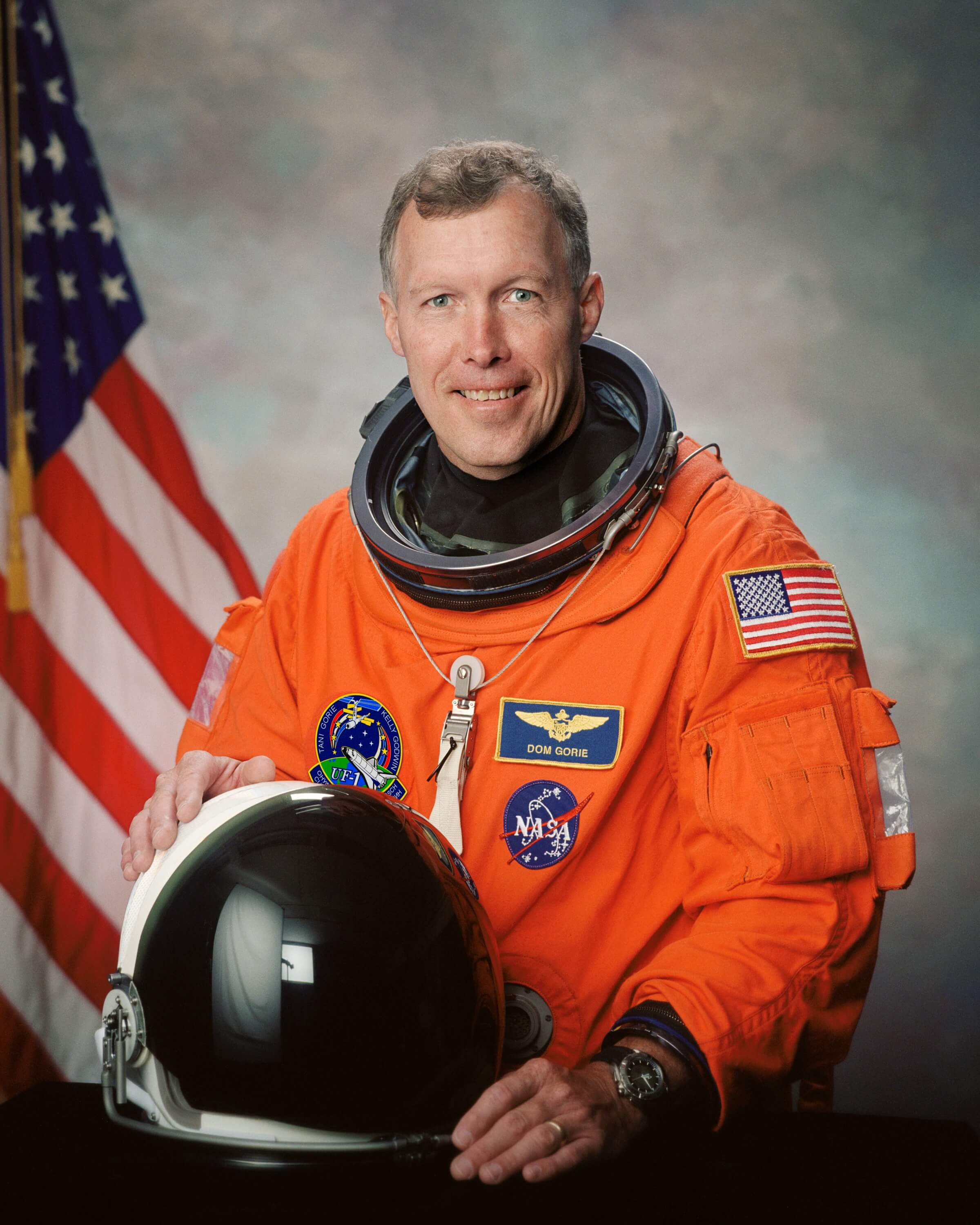 Dominic Lee Pudwill Gorie is a retired United States Navy officer and NASA astronaut. He is a veteran of four space shuttle missions.

STS-91 was the final Space Shuttle mission to the Mir space station. It was flown by Space Shuttle Discovery, and launched from Kennedy Space Center, Florida, on 2 June 1998.

STS-99 was a Space Shuttle mission using Endeavour, that launched on 11 February 2000 from Kennedy Space Center, Florida. The primary objective of the mission was the Shuttle Radar Topography Mission (SRTM) project. This was also the last solo flight of Endeavour; all future flights for Endeavour became devoted to the International Space Station.

STS-108 was a Space Shuttle mission to the International Space Station (ISS) flown by Space Shuttle Endeavour. Its primary objective was to deliver supplies to and help maintain the ISS. It was the 12th shuttle flight to visit the International Space Station and the first since the installation of the Russian airlock called Pirs on the station. Endeavour delivered the Expedition 4 crew to the orbital outpost. The Expedition 3 crew returned to Earth on Endeavour.

STS-123 was a Space Shuttle mission to the International Space Station (ISS) which was flown by Space Shuttle Endeavour. STS-123 was the 1J/A ISS assembly mission. The original launch target date was 14 February 2008 but after the delay of STS-122, the shuttle was launched on 11 March 2008. It was the twenty-fifth shuttle mission to visit the ISS, and delivered the first module of the Japanese laboratory, Japanese Experiment Module (Kibō), and the Canadian Special Purpose Dexterous Manipulator, (SPDM) Dextre robotics system to the station.