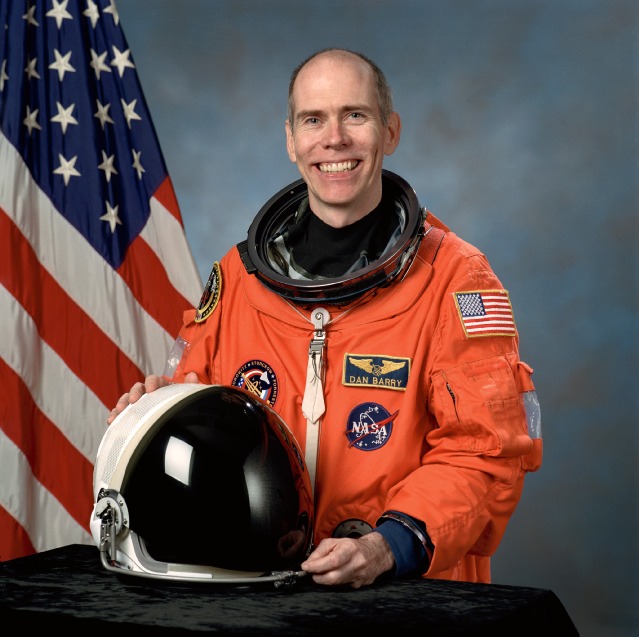 Daniel Thomas Barry is an American engineer, scientist, and a retired NASA astronaut. He was a contestant on the CBS reality television program Survivor: Panama, as well as on BattleBots on ABC. He was at Singularity University from 2009–2012, where he was co-chair of the Faculty of Artificial Intelligence and Robotics and the chair of the graduate summer program. He is also a co-founder of Fellow Robots, a telepresence robotics company and the founder and president of Denbar Robotics.

STS-72 was a Space Shuttle Endeavour mission to capture and return to Earth a Japanese 16 spacecraft known as Space Flyer Unit (SFU). The mission launched from Kennedy Space Center, Florida on 11 January 1996.

STS-96 was a Space Shuttle mission to the International Space Station (ISS) flown by Space Shuttle Discovery, and the first shuttle flight to dock with the International Space Station. The shuttle carried the Spacehab module in the payload, filled with cargo for station outfitting. STS-96 launched from Kennedy Space Center, Florida, on 27 May 1999 at 06:49:42 AM EDT.