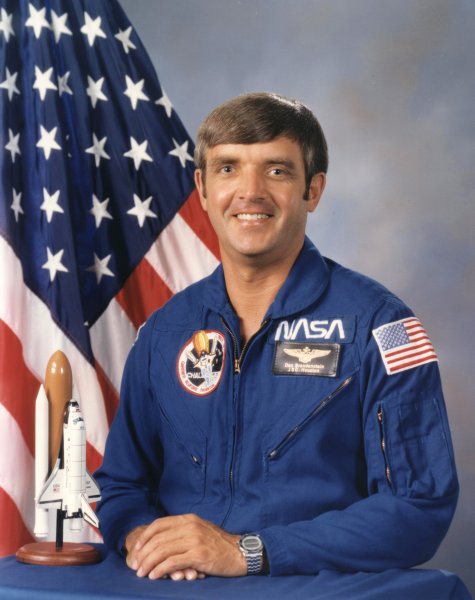 STS-8 was the third mission of Space Shuttle Challenger. It deployed an Indian 10 and Weather satellite. It was the first night launch and night landing of the Shuttle program. It also carried the first African-American astronaut; Guion Bluford.

STS-51-G was the eighteenth flight of the shuttle program and fifth for Space Shuttle Discovery. Sultan Salman Al Saud of Saudi Arabia was on board as a payload specialist; he became the first Arab, the first Muslim and first member of a royal family to fly into space. It was the first shuttle flight to fly without an astronaut from the pre-Shuttle era. Its mission was to deploy 3 10 satellites.