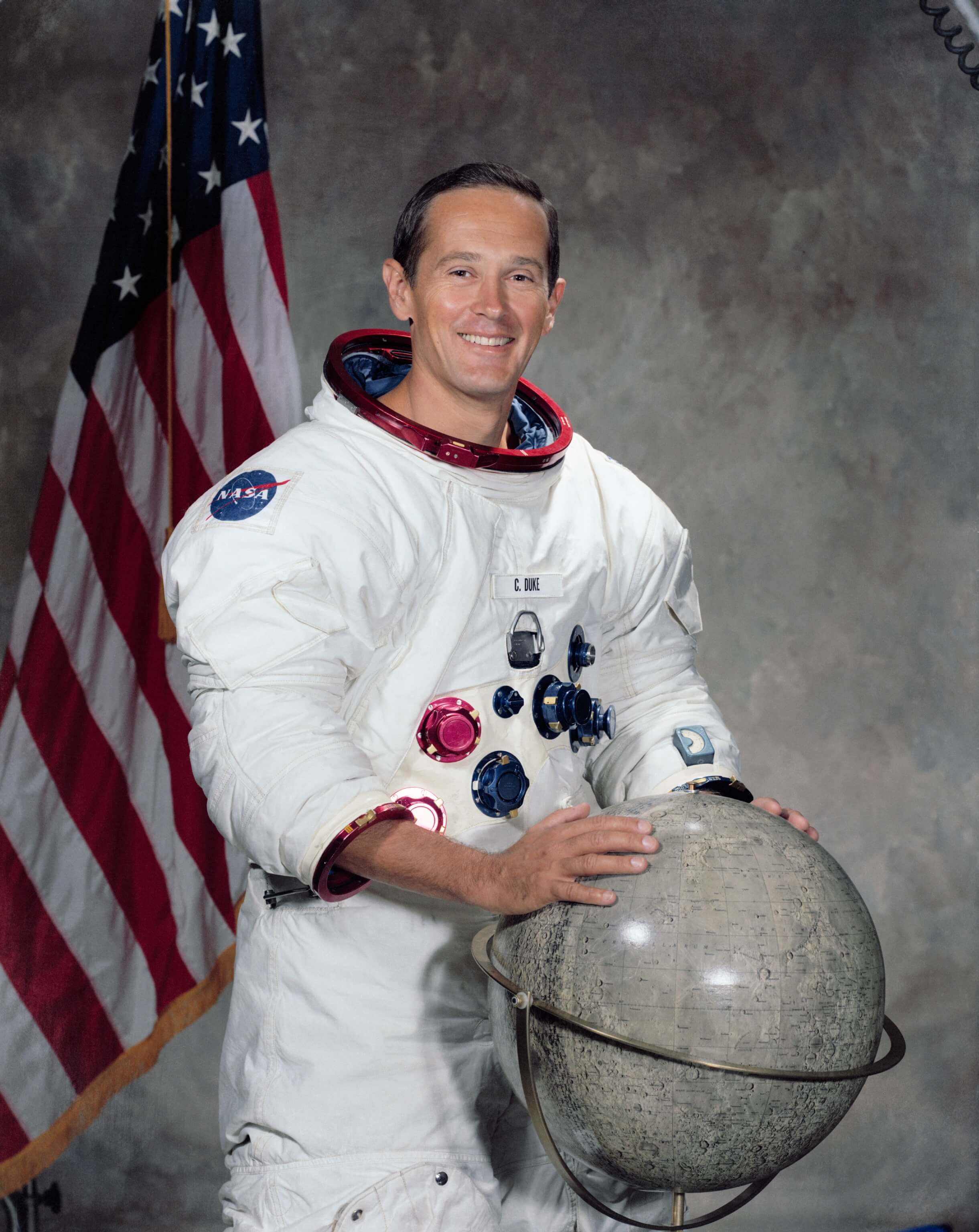 Charles Moss "Charlie" Duke Jr. is an American former astronaut, retired U.S. Air Force officer and test pilot. As Lunar Module Pilot for Apollo 16 in 1972, he became the tenth and youngest person to walk on the Moon. Duke has logged 4,147 hours flying time, which includes 3,632 hours in jet aircraft; and 265 hours in space, plus 20 hours and 15 minutes of extravehicular activity. A resident of New Braunfels, Texas, he is currently chairman of the board of directors of the Astronaut Scholarship Foundation.

Apollo 16 was the 10th crewed launch of the Apollo program. The craft was crewed by Commander John Young, Command Module Pilot Ken Mattingly & Lunar Module Pilot Charles Duke. The mission duration was 11 days, 1 hour, 51 minutes & 5 seconds during which time Young and Duke spent 71 hours on the surface of the Moon spending a total of 20 hours and 14 minutes on moonwalks while Mattingly spend 126 hours or 64 orbits in lunar orbit. While conducting moonwalks, Young and Duke collected 95.8Kg of lunar samples. During return trip to Earth Mattingly performed an EVA to collect film cassettes from the exterior of the service module.