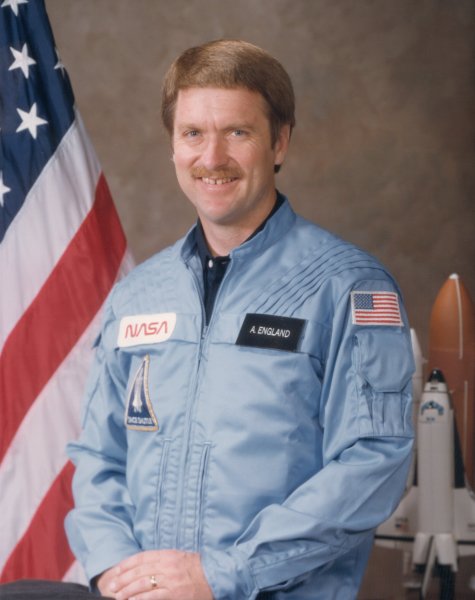 Anthony Wayne England better known as Tony England, is an American, former NASA astronaut. Selected in 1967, England was among a group of astronauts who served as backups during the Apollo and Skylab programs. Like most others in his class, he flew during the Space Shuttle program, serving as a mission specialist on STS-51F in 1985. He has logged more than 3,000 hours of flying time and 188 hours in space. England helped develop and use radars to probe the Moon on Apollo 17 and glaciers in Washington and Alaska. He participated in and led field parties during two seasons in Antarctica.